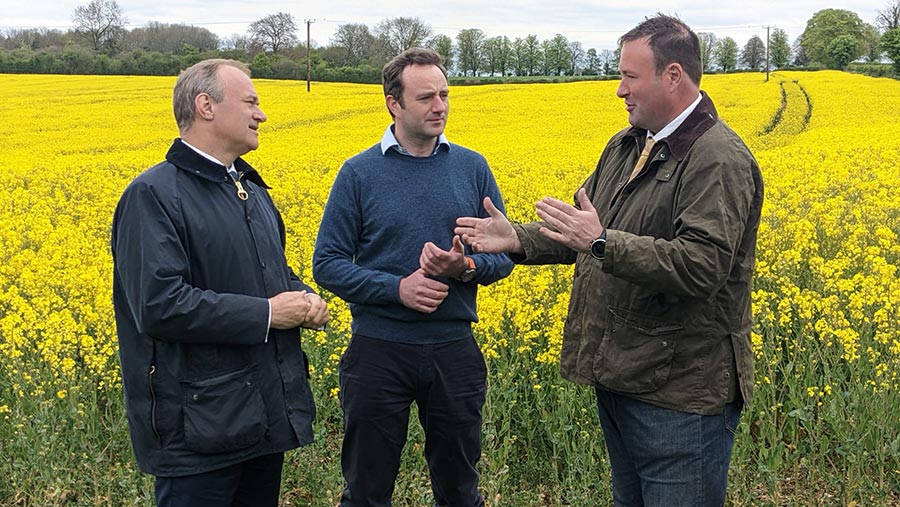 Former NFU deputy president and Hertfordshire farmer Stuart Roberts is to become an adviser to the Liberal Democrats, helping them write the party’s new farming policies.

Mr Roberts, who at one stage was a Conservative councillor in Hertfordshire, has also joined the Liberal Democrat Party, signalling a willingness to become “politically active” now that he is no longer an NFU officeholder.

Speaking ahead of a visit to Newhouse Farm, near Winchester, Hampshire, with Lib Dem leader Ed Davey and local Lib Dem candidate Danny Chambers, Mr Roberts said farmers had been taken for granted by the Conservative Party for too long.

“British farmers and food producers are among the best in the world and they are ready to deliver high-quality, sustainable food produced in harmony with the environment and animal welfare,” he said.

“Yet time and time again this government has badly let down farmers and rural communities.”

He was therefore pleased to help the Lib Dems’ newly formed Food and Farming Working Group to develop appropriate policies for the sector.

The development follows a growing disenchantment among farmers with the Tories.

A Farmers Weekly survey last December showed that just 57% would have voted Conservative had there been a general election that month, compared with 72% the year before.

In contrast, 17% said they would have voted Liberal Democrat, up from 9% the year before, while Labour would have attracted 15% of the farming vote.

Disenchantment with Boris Johnson’s comments about the pig sector, and the direction of government support and trade policy were given as the main reasons.

A more recent study, by the Country Land and Business Association in March, revealed a major swing from Conservative to Labour in the wider rural population since the last election in 2019.

The two main parties were neck and neck, with 38% of rural voters favouring the Conservatives and 36% supporting Labour – representing a 7.5-point swing to Keir Starmer’s party.

The Lib Dems, who were third in that poll, still see great opportunity within the so-called “Blue Wall” constituencies, with Mr Davey visiting several farms in the south of England to try to secure more votes for his party.