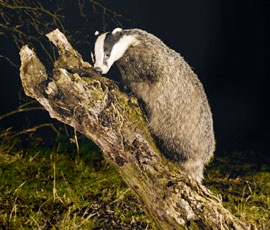 Tensions were rising this week ahead of the judicial review of plans to cull badgers in England.

The Badger Trust’s legal challenge against DEFRA’s proposed cull of badgers will take place on Monday and Tuesday (25-26 June) in the High Court, London.

If the judge upholds the Trust’s challenge, two pilot badger culls due to begin in Gloucestershire and Somerset in the late summer could be delayed, or scrapped.

NFU vice-president Adam Quinney said farmers in each pilot area were “signed up and ready to go”.

“Natural England is processing the licences. The contractors are being trained to carry out the culling and they will be certified shortly,” he added.

“All the training courses have been organised and the insurance is in place. We will be ready to start culling as soon as we are given the green light.”

TB campaigner Bill Harper said: “We need culling more than anything to control the seat of the infection.

“We have got to look at the problem of bovine TB as a fire. It has a hotspot and the flames are spreading outwards. We need to work on the centre, but we also need to stop the spread of the flames.”

Cornish farmer Mr Harper said the government had a “strong case” for culling, which, if left unchecked, will cost the taxpayer about £1bn over the next 10 years.

But he added: “I’m concerned that DEFRA’s barristers have not been briefed enough by industry leaders on the ground, like myself, over what is happening.

“I haven’t been given the chance to meet barristers, either as someone from the industry, or as a representative of the Bovine TB Eradication Group for England (TBEG).”

At the hearing, the Badger Trust will ask the judge to overturn DEFRA’s decision on the basis of three grounds.

Lawyers acting on behalf of the Trust, Bindmans LLP, will argue that the culls proposed will not meet the strict legal test of “preventing the spread of disease” in areas being licensed, and may in fact increase the spread of the disease.

The Trust has also claimed there was a significant cost risk to farmers and DEFRA’s cost-impact assessment was “flawed”.

Third, that the secretary of state had no legal power to give Natural England responsibility to issue licences for the cull.

Badger Trust spokesman Jack Reedy said: “We’ve got a very strong case, which we have worked hard on.

“It’s a legal case, not a scientific one. We’re challenging the legality of what the secretary of state has done.”

But the outcome of the hearing will “not be known for some days or weeks”, said Mr Reedy.

A DEFRA spokesman said: “Bovine TB is a chronic and devastating disease.

“It forced the slaughter of 25,000 cattle in 2010 alone, and is taking a terrible toll on our farmers and rural communities.

“Nobody wants to cull badgers. But no country in the world where wildlife carries TB has eradicated the disease in cattle without tackling it in wildlife, too.

DEFRA has announced the formation of a new TB Eradication Advisory Subgroup for England (TBEAG).

TBEAG will continue the valuable work carried out by the previous group – the Bovine TB Eradication Group for England (TBEG).

The membership will be broadened to include additional areas of scientific expertise and wildlife and conservation knowledge and a broader range of farming experience.

For more on the badger cull and bovine TB, go to our dedicated pages