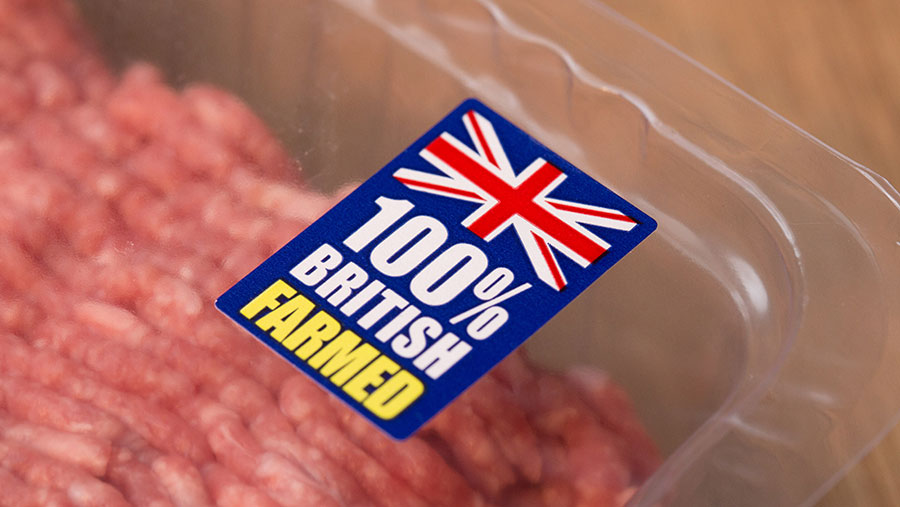 More than 54,000 people have signed an NFU letter sent to Defra secretary George Eustice which calls for a commitment to not let Britain’s food production slip below its current level of 60% self-sufficiency.

The open letter, which has been published on the NFU’s website, also urges the government to use self-sufficiency as a key metric in its report on food security, which is due to be published later this year.

A new report (PDF) launched by the NFU on Back British Farming Day on 15 September – British Food: Leading the Way – revealed that there has been no meaningful assessment of UK food security by the government since 2010.

According to official government figures for England, Wales and Scotland, food self-sufficiency – the country’s capacity to meet its own food needs from domestic production – stood at 60% in 2020.

The nation is only 16% self-sufficient in fruit, 54% in fresh vegetables and 71% in potatoes. For both vegetables and potatoes, this has fallen by more than 16% in the past 20 years.

For the first time this year, the government must report back on Britain’s food security as part of the new Agriculture Act. It is a legal requirement for the government to do so every three years.

NFU president Minette Batters told Farmers Weekly that the level of support for the letter in such a short space of time should signal to Mr Eustice and the government how highly the public values quality, sustainably produced British food, and the importance of having a resilient British food and farming sector.

“In just under two weeks, more than 54,000 people have signed our self-sufficiency letter,” she said.

“Members of the public feel very strongly about food being produced in Britain. They have said that food security really matters and that 60% self-sufficiency must be retained and we should look to grow it in areas that we’re good at.”

Mrs Batters said every survey the NFU had carried out recently had found the public wants more food to be grown in the UK, and they want to buy more local, seasonal food and rely less on food imports that increase carbon emissions, and thus climate change.

Speaking at an NFU event held in London to celebrate Back British Farming Day, newbie farmer Jeremy Clarkson said he saw no reason why the UK could not increase its food self-sufficiency rate.

“I think it should be much more like 80%, we’re capable of it, we’ve got the right climate, we have the right soil – we could easily do it,” he said.

The NFU president said she was pleased to hear shadow chancellor Rachel Reeves and others at the Labour party conference in Brighton talking about the need to buy local, buy British and be more aware of food miles and food waste.

“We’re seeing a catastrophe of food waste on farms at the moment with the failure to source enough labour,” said Mrs Batters.

“This is having an effect on dairy welfare, the situation with pigs is untenable and we have seen record wastage in the horticulture sector. We must have policies in place that sort this out.”

A Defra spokesperson said: “We have a large, diverse and highly resilient food supply chain that has coped well in responding to unprecedented challenges.

“The UK’s high degree of food security is built on access to a range of sources including robust supply chains across a range of countries, in addition to strong domestic production.
“We also continue to support our growers to produce more high quality and healthy home-grown fresh food to some of the highest environmental standards in the world.”
See more
Share this