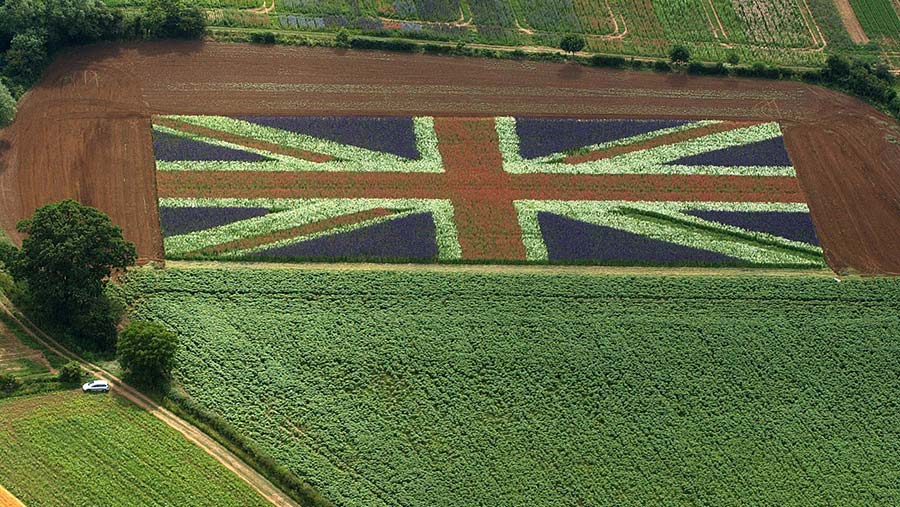 Thousands of farmers are expected to attend mass rallies in capital cities across the UK to highlight the contribution of British agriculture to the economy and environment.

The show of strength and unity is set to see farmers from England, Scotland, Wales and Northern Ireland gather on the same day in central London, Edinburgh, Cardiff and Belfast.

A date is yet to be announced but it is likely to be within the next three months.

The rallies will be co-ordinated by the UK’s four main farm unions – the NFU, NFU Scotland, NFU Cymru and the Ulster Farmers Union.

Farmers and supporters from other groups and ancilliary organisations – including vets, farm suppliers and advisers – will also be invited to participate and attend.

NFU president Minette Batters said it was vital that British farmers received a fair share from the supply chain, and that high food standards were at the heart of any future trade agreements after the UK left the European Union.

British farmers must not be undermined by food imports produced using methods that would be illegal in the UK, and it was vital to drive this message home to whoever formed the next government, she added.

Speaking to Farmers Weekly, Ms Batters said: “We have heard a lot of warm words [from politicians] over the past three years. We feel that it now is time to walk the walk.

“The rallies are about empowering our members and making sure that farming’s voice is heard.”

Rather than a protest, Ms Batters emphasised that the rallies would aim to send a positive message to government.

It was important to keep consumers and the wider non-farming public on side, and not inconvenience them by causing disruption, she said.

“We have to be really careful that we take the British public with us – that they continue to support us and that we don’t inconvenience their daily lives.

“We want them, above all else, to stay loyal to buying British.”

NFU Scotland president Andrew McCornick said relentless politicking and price volatility had made 2019 a year to forget for farmers.

People and businesses, desperate to get on with their lives and livelihoods, were hugely frustrated that their voice is not being heard, he said.

“The new year will see a new UK government lay out its legislative and policy priorities.

“While we cannot predict the post-election political landscape at Westminster, we must ensure that 2020 sees progress replace political stagnation.”

The union was looking to highlight the efforts of farming families across Wales in producing high-quality, safe, affordable, sustainably produced food for consumers, he added.

Mr Davies said: “An event highlighting how Welsh farming delivers economically, environmentally, socially and culturally will send a strong message to government on the need to work with us to protect our fantastic industry.”

Ulster Farmers Union president Ivor Ferguson said: “It is crucial that the next UK government understands and recognises the contributions of UK farmers.

“We are proud to produce the high-quality food that feeds the nation, as well as caring for the countryside.

“With these rallies, our aim is to celebrate all the positives of UK agriculture and the many benefits it brings to our economy, society and environment.

“We also want to drive home a message to the government and consumers – any future trade deals allowing cheap food imports to flood the UK market will undercut local, family-run farm businesses and, ultimately, put the entire agricultural industry at risk.”