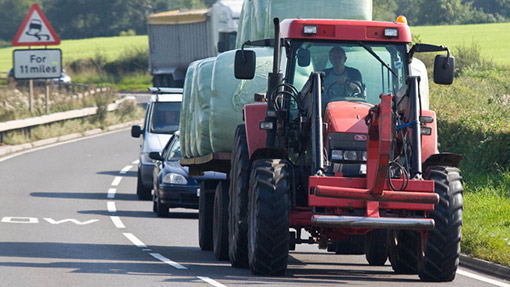 European proposals to introduce MoT-style testing for tractors and light trailers have been scrapped.

The EU Commission’s original plans would have required tractors capable of travelling more than 40kph and trailers weighing more than 750kg to undertake compulsory testing.

But after a trialogue agreement between the European Parliament, Council and Commission at the end of last year, MEPs in Strasbourg finally decided to ditch the proposals in a full plenary vote on Tuesday (11 March).

The plans, which formed part of the EU’s wide ranging Roadworthiness Package, would have introduced new costly MoT-style testing for many agricultural vehicles including tractors and all livestock trailers.

However, after months of NFU lobbying, backed by the member state governments in the European Council, the MoT-style testing of all livestock trailers will now not be needed.

NFU vice-president Guy Smith said: “This is a fantastic result following the lobbying efforts by the NFU’s office in Brussels and is a victory for common sense.

“We worked hard to explain to MEPs that imposing MoT tests on standard tractors and livestock trailers, used by thousands of farmers, would mean more needless red tape as well as increased costs in return for little safety benefit.”

The NFU advocates the use of the Farm Vehicle Health Check scheme and is committed to ensuring the safety of all agricultural machines on UK roads.

However, while the union said that safety of all vehicles on our roads was important, it argued that “prescriptive and onerous” testing of tractors and livestock trailers would be “disproportionate, costly and bureaucratic”.

Originally all O2-graded trailers, such as a normal livestock trailer towed behind a four-wheel drive vehicle, would have been subject to MoT-style testing.

On tractor testing, the NFU also argued that requiring the same level of testing as for HGVs was unreasonable due to the multitasking nature of agricultural machinery.

Legal restrictions on issues such as red diesel use and operator licensing mean that tractors are used on the road for more limited time than in other countries and as such farmers in the UK should not be penalised, it added.