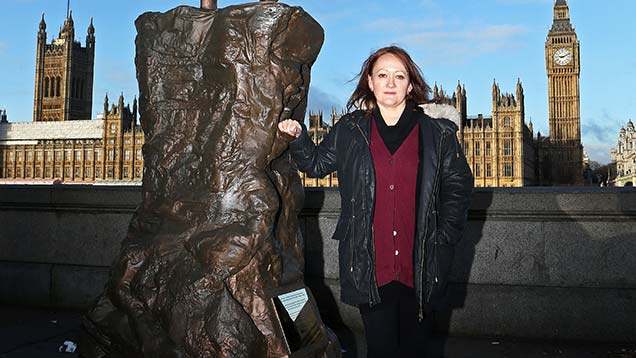 Meat should be treated in the same way as tobacco with public campaigns to stop people eating it, according to the shadow farm minister.

Kerry McCarthy, Labour MP for Bristol East, made the comments in an interview with Viva!life magazine, published earlier this year.

She told Viva!life, a magazine for vegans: “Progress on animal welfare is being made at the EU level and I feel it is best left to those campaigning groups working there but in the end it comes down to not eating meat or dairy.

“I really believe that meat should be treated in exactly the same way as tobacco with public campaigns to stop people eating it.”

In the interview, Miss McCarthy, a vice-president of the League Against Cruel Sports, offers little sympathy for the plight of dairy farmers, who have been producing milk at below the cost of production.

“I really believe that meat should be treated in exactly the same way as tobacco with public campaigns to stop people eating it”
Kerry McCarthy, shadow farm minister

“It’s a supply and demand thing. Far too much milk is being produced and if you live by the market you have to risk dying by the market,” she said.

And she said the environmental impact of livestock farming was making her become “more militant”, not least because CAP payments were available for grouse shooting, controlling buzzards and forestry.

“Progress on health is being made and the number of celebrities who are going vegan is evidence of this,” she added.

“But much more needs to be done.

“The food industry isn’t serious about becoming healthier and actions such as reducing salt are simply designed to make them look good – a bit like a car wash.

“For a start, if you seriously want to control obesity you don’t allow fast food joints such as McDonald’s to open up near schools.”

Miss McCarthy said Viva!life was “doing absolutely great work” to raise awareness about the vegan diet and “making it easy for people to change”.

She added: “The bunch of people you have there (at Viva!) and their sensible approach, defy all the stereotypes.

“Governments will only act when the public demand change and that’s what Viva! does, helps to change minds and cultural change is essential.”

Earlier this week, vegan Miss McCarthy defended Mr Corbyn’s decision to appoint her as shadow farm minister – despite a huge backlash from the farming industry.

In an interview with BBC Radio 4’s Farming Today programme, she said: “The world is not going to turn vegan because I am in post.

“I have my own personal views on what I choose to eat, but I accept that we have a livestock industry in this country.

“What I want is for the industry to have the best welfare standards possible, to be sustainable as well as economically viable.”

According to the Daily Mail, one listener has written to the BBC, likened Miss McCarthy’s appointment as shadow farm minister to “having an Archbishop of Canterbury who is an atheist”.

Phil Stocker, CEO of the National Sheep Association, said: “In my view, these are really worrying comments from a shadow environment and food and rural affairs secretary.

“Miss McCarthy is completely ignoring all of the well known health and nutritional benefits of eating meat.”

Plaid Cymru’s shadow rural affairs minister Llyr Gruffydd called on the Labour government in Wales to condemn Miss McCarthy’s “ridiculous” claims that meat should be treated in the same way as tobacco.

Mr Gruffydd said that the production of meat contributed an estimated £1bn to Wales’ economy last year, and added that Labour should be doing more, not less, to support the crucial sector.

He said: “At a time when farmers are struggling with plummeting red meat prices, Labour should be doing everything it can to support them, not attacking them.

“The Labour shadow secretary of state’s ridiculous anti-meat agenda is dangerous to Wales’s economy. It’s clear that Labour does not care about our rural communities.

“Making the ridiculous comparison between tobacco, which has killed millions of people, and meat is plain stupid.

“With farming facing critical challenges in so many sectors, the last thing the industry needs is a shadow secretary of state obsessed with such a ridiculous distraction.

“The Labour government in Wales must now condemn the comments made by Kerrie McCarthy.”

Labour MP Kerry McCarthy wants meat eating people to be treated like smokers. One can tell she’s eating too much fruit cake. What a dipstick

We can’t let Labour back into government. The steaks are too high. http://t.co/uImmF7G4G8

@CO2HOG 10 percent of smokers die of cancer. A major cause of lung cancer comes from viruses. McCarthy should be investigated.

Kerry McCarthy calls to treat meat as if it is as evil as tobacco. Oh dear. Add it to the list of Labour Corbynite stupidity.