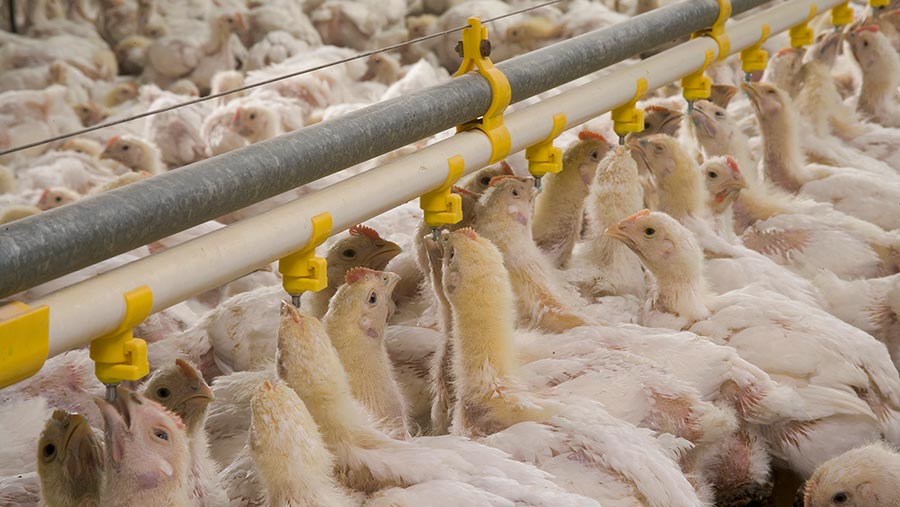 Figures published in a report (PDF) by the campaign group Alliance to Save Our Antibiotics reveal that the sale of antibiotics on US farms increased from 5,559 tonnes in 2017 to 6,036 tonnes in 2018 – a 9% rise.

However, farm antibiotics sales in the UK dropped by 9% from 248 to 226 tonnes over the same period.

See also: 4-step guide to reviewing antibiotics use on your farm

The comparative data, which was calculated using information contained in UK and US government reports, found that in 2018 US livestock received on average 5.4 times more antibiotics per animal than their UK counterparts.

US cattle received eight to nine times more antibiotics per animal than British cattle. The alliance said this was “probably due to the much more intensive conditions in which most US cattle are raised”.

“US farmers continue to massively overuse antibiotics despite increasing warnings about the threat this poses to human health [through antimicrobial resistance],” said Cóilín Nunan, a scientific adviser to the alliance.

The UK government has started talks with the US government about striking a transatlantic free-trade agreement, and the US insists this must include free trade in agricultural goods.

Mr Nunan warned that if the UK government accepted this approach, it risked reversing all the good work British farmers had made in recent years to reduce their use of antibiotics.

He added: “British farmers would have to compete with much cheaper production of meat and dairy from animals raised in very intensive conditions with far higher levels of antibiotic use.”

Currently, the vast majority of meat and dairy imports to the UK come from EU countries, where antibiotics use is generally significantly lower than in the US.

The EU has decided to impose a ban on the preventative use of antibiotics in farming, which will come into force in 2022.

By contrast, the US strongly supports the use of preventative mass medication with antibiotics and has argued against the UK implementing EU regulations which go beyond minimum international food and farming standards.

Last year, before he was appointed Defra secretary, George Eustice labelled animal welfare legislation in the US as “woefully deficient”.

Writing in The Guardian, Mr Eustice said: “If the Americans want to be granted privileged access to the UK market, then they will have to learn to abide by British law and British standards, or they can kiss goodbye to any trade deal and join the back of the queue.”

Senior members of the farm animal veterinary profession have written to the House of Lords calling for the upper chamber to reject the Agriculture Bill and return it to the House of Commons.

This follows the defeat last week of an amendment to the bill, tabled by Conservative MP Neil Parish, which would have protected animal welfare and food standards for imports entering Britain under future trade deals.

The British Cattle Veterinary Association, the Goat Veterinary Society and the Sheep Veterinary Society have called on members of the Food, Poverty, Health and the Environment Committee in particular to lead the way in securing what it calls a once-in-a-generation opportunity to uphold animal welfare, keep consumers safe and back British farming.