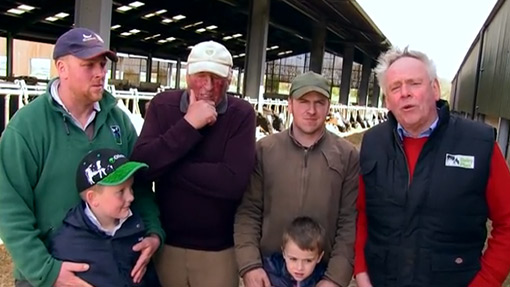 An award-winning farming family has taken part in a video to highlight the devastating impact of the high speed rail link (HS2) on their home and business.

John and Rosemary Barnes, of Packington Moor, Staffordshire, won the Farmers Weekly Diversification Farmer of the Year award in 2011. But phase 1 of the HS2 will destroy 15 out of 19 of the farm’s buildings and cut the 700-acre mixed farm in two.

The farm diversification provides jobs for more than 25 people including John and Rosemary’s son and daughter-in-law.

The Barnes family feature in the video (below), shot by the NFU to raise awareness of the negative impact that the line will have on more than 100 farming businesses along the route.

John Barnes said: “We have a flock of 200 sheep, 450 acres of cereals, a wedding venue, a farm shop and a café. HS2 will cut our farm in half and the bulk of its infrastructure will be demolished, as well as my son’s house.”

Rosemary Barnes added: “HS2 is destroying our life as we know it. We are prepared to make another life but we need certainty of the future and appropriate compensation to go with that.”

This is the second video in the NFU’s three-part HS2 Impacts series, which is part of the organisation’s efforts to ensure farmers’ needs, outlined at the end of each video, are met at every stage of the HS2 development.

The NFU is submitting a petition on behalf of farmers affected by HS2.

For more on the union’s petition and campaign for a fair deal on HS2 see: Farmers must petition HS2 Bill now