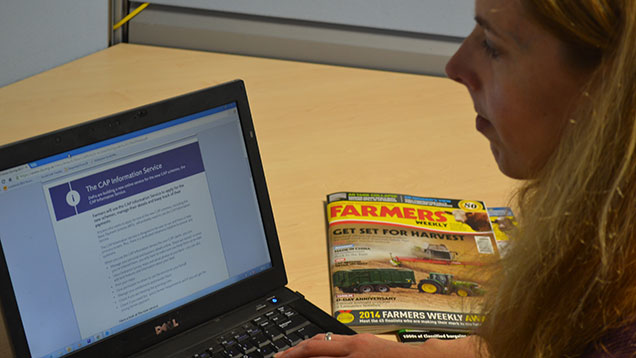 Farmers face a “totally unacceptable” wait for the launch of the registration process of the new CAP digital service, says the NFU.

Registration for the new IT system to administer farm payments from next year was due to go live in October, Defra said.

But excessive delays in getting the registration site – Gov.uk Verify – up and running are causing real concerns for farmers.

In addition, complaints from users testing the identity assurance tool for the CAP Information Service, posted on Defra’s own blog, have raised further fears that the whole registration process will be too complex.

Rosey Dunn, chairman of the NFU North East regional board, said getting to grips with the new rules and registration process was a “major issue” for farmers as many will require training and ongoing support to make the switch.

She warned that many farmers who will require training did not have good internet access and will be left with little time to comply with the new requirements.

“Surely lessons have been learned from previous disasters? At the moment this doesn’t seem to be the case and we certainly need to see clear evidence of progress in the coming weeks.”
Rosey Dunn, chairman NFU North East regional board

The NFU has identified a range of different ways to help members make the transition from drop-in centres to dedicated practical workshops.

But without access to the necessary systems, it was impossible to get these initiatives under way, Mrs Dunn said.

“Unfortunately the government has a very poor record when it comes to introducing new computerised systems,” she added.

“Surely lessons have been learned from previous disasters? At the moment this doesn’t seem to be the case and we certainly need to see clear evidence of progress in the coming weeks.”

The NFU has urged Defra not to penalise farmers for any faults, time delays and misunderstandings caused by the delay.

A Defra spokesman said: “We have been gradually introducing customers to try the beta version, and we are improving the system based on the feedback we are getting all the time.

“Once we are satisfied this feedback has been addressed we will continue to increase the number of customers invited to join. This has always been the plan and we will be inviting more and more customers to register throughout the autumn.”