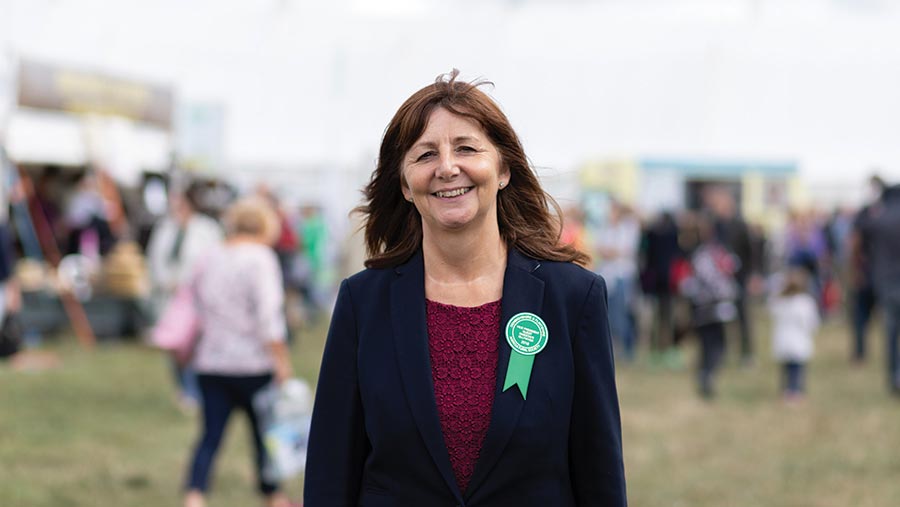 Contingency plans are being drawn up for the Welsh sheep sector amid claims that thousands of sheep might need to be culled to stabilise prices if the UK crashes out of the EU without a deal.

We report from a briefing with Welsh rural affairs secretary, Lesley Griffiths.

Q: Wales exports 90% of its red meat to Europe. What is in the Welsh government’s Brexit contingency plan for the sheep sector?

A: The sheep sector is an area where we have great concern. I can’t go into details about this contingency plan because they are being worked up, but we also have to manage expectation. We don’t have money to slosh around, but I do think it is really important that we work with farmers so they can understand the threats to their businesses.

We did a piece of work that we presented last week to the ministerial stakeholder group (including farming unions) that shows it is not just the sheep sector that could be in crisis. It depends on where you live in Wales as to which part of the agricultural sector will be affected.

It is very confidential work, but I think it will be very useful for our contingency planning.

Q: Industry leaders say they haven’t been contacted about this. Why are you doing the planning behind closed doors?

A: It is not being done behind closed doors – of course all will be involved. We shared information with the stakeholders last week, the farming unions were there, so they have seen the work we are doing to move forward with those plans.

Q: Liberal Democrat leader Vince Cable suggested in Westminster last week that he has seen internal Defra documents that explore the need to cull one-third of sheep in the UK to stabilise prices in the event of a no-deal Brexit. Have you seen anything similar?

A: No, I haven’t been party to that information.

Q: Some £2.15m was allocated from the Welsh government’s EU transition fund for 2,000 Welsh beef and sheep farmers to benchmark their performance, but only 1,600 signed up. Why do you think it was undersubscribed?

A: Having done a similar piece of work with the Welsh dairy sector, I hoped and expected the scheme would be oversubscribed. It is disappointing. I do wonder if farmers have buried their heads in the sand about Brexit. Maybe farmers are benchmarking anyway, but I am a bit concerned that some of them are not going to be as ready as they could be.

Q: What is the current position on the “Brexit and Our Land” consultation on the reform of agricultural support in Wales?

A: We have received 12,000 responses to the consultation. We are considering and analysing these. No decisions have been made and no changes will be made to payments until a further consultation this year. A White Paper will be published ahead of the Royal Welsh Show in the summer.

The new timings reflect the considerable uncertainty over Brexit. The way we leave the EU could affect what we bring forward in the White Paper, but we are leaving the Common Agriculture Policy (CAP), with a deal or without a deal.

Q: What guarantees have you had from the UK government on funding for agriculture?

A: In my portfolio, I get more than £300m a year that goes straight to farmers. We have had no assurances beyond December 2020 that this money will be there, so we are constantly seeking assurances on that, but it is more important than ever in a no-deal situation.

Q: Yesterday the New Zealand prime minister said British food producers had nothing to fear from a New Zealand–UK trade deal. You have said that such a trade deal could decimate the Welsh lamb market. Are you still of that view?

A: I still have concerns. At the Farmers’ Union of Wales Farmhouse Breakfast this morning (Wednesday) the president made it clear that he was concerned that if tariffs were removed or lowered, and imports were still at a level where we could be flooded with cheap food, it would decimate the Welsh farming sector. Yes, I am still very concerned – and not just from New Zealand.