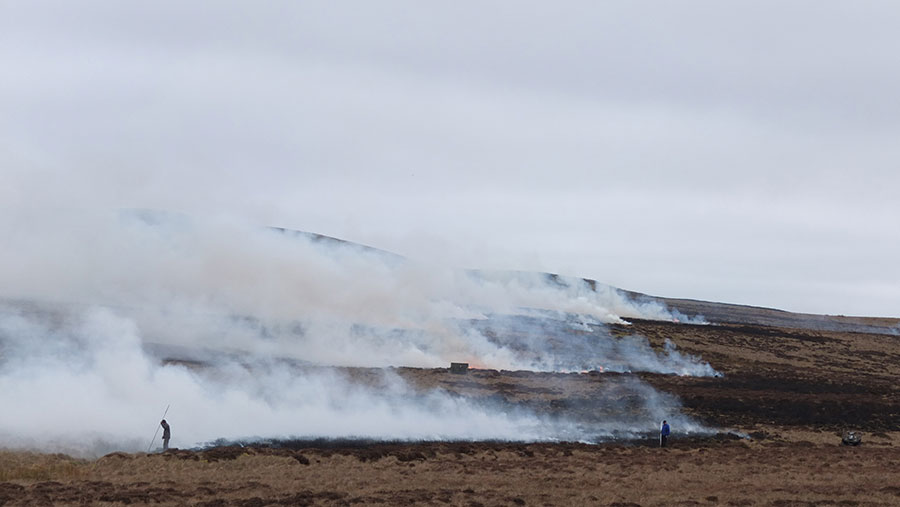 Rural organisations have welcomed a High Court judge’s decision to refuse permission for a judicial review of Defra’s recent legislation to limit vegetation burning on peatland soils in the uplands of England.

The group had issued a legal challenge to Defra’s new rules governing the burning of heather and grass on peatlands in England, claiming they are “unlawful and unenforceable”.

Wild Justice, represented by law firm Leigh Day, had argued that the Heather and Grass etc Burning (England) Regulations 2021, introduced in May, should be much stricter to protect the environment and address climate change and biodiversity loss.

Vegetation on upland peat soils is set alight at regular intervals to promote the growth of young heather shoots to feed red grouse for the shooting industry. The legislation bans heather burning on the most protected sites with peat of more than 40cm – unless under licence for special beneficial circumstances.

Wild Justice had argued that the regulations are “fatally flawed” in two ways.

First, because they only prohibit the burning of heather, rough grass, bracken and gorse on peat deeper than 40cm – but there is no map to identify where such peat exists and, therefore, no means of properly enforcing the new rules.

Second, it only prevents the burning on sites of special scientific interest that are also designated as special areas of conservation and special protection areas, which amounts to a ban on only 40% of all blanket bog in England.

The British Association for Shooting and Conservation, the National Gamekeepers’ Organisation, the Countryside Alliance and the Moorland Association successfully applied to join the proceedings as interested parties.

As a result, the organisations were able to submit evidence to judge Mr Justice Dove, who considered this material when reaching his decision to throw the case out.

The groups had highlighted many benefits of grouse moor management for wildlife, marginal communities, the rural economy and the wider upland landscape. Grouse shooting in England, Scotland and Wales supports the equivalent of more than 2,500 full-time jobs and is worth more than £100m to the economy each year.

Last year, research carried out by the University of Northampton into driven grouse moors found they can “generate significant economic impacts for communities”.

The research also found that grouse moor management – including muirburn – delivers biodiversity benefits for a range of threatened ground-nesting bird species, such as curlew, lapwing and golden plover.

Wild Justice has been ordered to pay Defra costs up to the sum of £8,900 and £1,100 for the interested parties.

A spokesperson for the shooting organisations said: “Wild Justice’s application was speculative at best, but required firm opposition by Defra, which was reinforced by our submissions as interested parties. We will continue to work with Defra to ensure land managers have the tools at their disposal so they can benefit key habitats and species.”

The interested parties have agreed to donate the costs recovered from Wild Justice to the Gamekeepers Welfare Trust, a charity close to their members’ hearts.

In a statement, Wild Justice described the judge’s decision as “disappointing”, but insisted its case “is arguable and the reasoning behind it is correct”. It plans to consult its lawyers about the next steps.