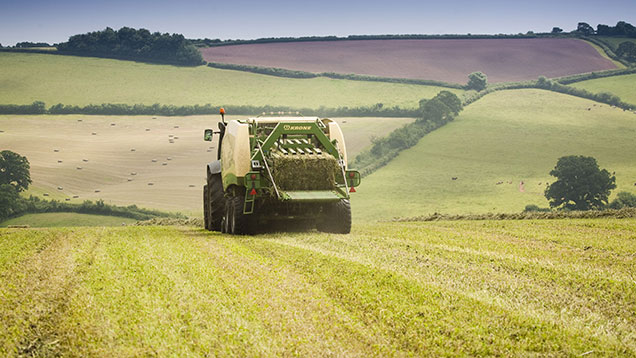 Concerns over market volatility and recent drops in farmgate prices have rocked farmer confidence, an NFU poll has revealed.

Falling farmgate prices and market price volatility have impacted on farmers’ confidence over the past 12 months, the fifth annual NFU confidence survey showed.

The past two surveys revealed a largely positive outlook within agriculture, but the latest survey showed a marked dip in short-term confidence in the industry.

Overall, 77% of farmers thought regulation and legislation was going to have a negative impact on their businesses in 2015, with CAP reform and input prices at 59% and 52% respectively.

Significantly, farmers’ concerns about negative farmgate prices have more than doubled in the past year from 27% to 56%.

“At the time we spoke to our members, wheat prices were down 30% year-on-year. Similarly, global dairy prices are now down 50% amid a backdrop of sweeping cuts to the price of milk in this country.

“In beef, prices fell to three-year lows earlier this summer, while potato prices are 24% lower than they were this time last year.”

High volatility in the marketplace has had a knock-on effect on confidence to invest on-farm, which was crucial to help farmers produce more food in this country, he added.

“It sends out clear signals that we as an industry must be given all the support we can to be more resilient during uncertain times.”

Fewer than one in 10 NFU members polled anticipated improvements in profitability in 2015.

“Milk prices have only been going one way recently. All sectors are under pressure. For inputs, it seems that fertiliser companies charge what they feel the market can stand and are slow to react to falling oil and gas prices. It’s a double squeeze and we’ve seen some businesses coming under cashflow pressure”.
William Peck, Laurence Gould Partnership

However, the survey showed that on the whole farmers remained relatively optimistic about their long-term prospects. Mid-term confidence was positive for all sectors, apart from beef and sheep.

William Peck, a director of consultant Laurence Gould Partnership, said he was not surprised by the survey findings.

“Milk prices have only been going one way recently. All sectors are under pressure. For inputs, it seems that fertiliser companies charge what they feel the market can stand and are slow to react to falling oil and gas prices. It’s a double squeeze and we’ve seen some businesses coming under cashflow pressure”.

“The restructuring of the CAP will cause difficulties and complications in some businesses, especially smaller farms using others to contract farm a single crop, who may now have to meet new crop diversification rules.

“The underlying CAP subsidy rate is going to be falling and that’s also a concern going forward.”

For the survey, 557 farmers from England and Wales were interviewed between October and November.