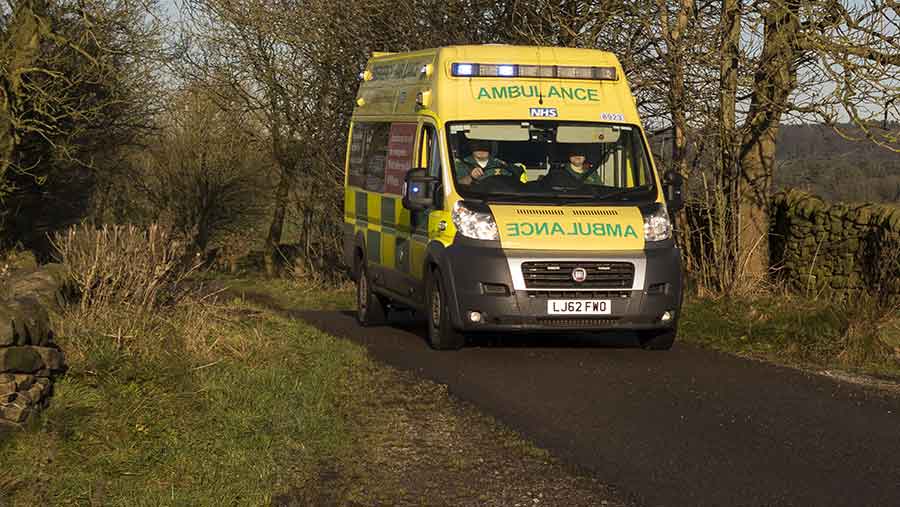 The Health and Safety Executive is making enquiries after a farmer died in a machinery accident on a farm in North Wales.

The farmer, aged in his 60s, was killed on a farm near Ruthin on Wednesday (8 February).

The Daily Post reported that he had hoisted a Land Rover to inspect it when the vehicle fell on top of him. But a HSE spokesman declined to confirm or deny the reports.

Police, fire and ambulance crews were called to Bac Eurig, in Llanfair Dyffryn Clwyd, shortly after 5.30pm on Wednesday (8 February).

North Wales Fire and Rescue Service sent crews from Mold and Ruthin to the scene. Firefighters said they used airbags to remove the vehicle from the farmer. However, he suffered serious crush injuries and could not be saved.

A spokesman for North Wales Ambulance Service said: “We were called at about 5.35pm on Wednesday 8 February to an incident in Llanfair Dyffryn Clwyd, near Ruthin.

“We sent two crews in emergency ambulances to the scene.”

A spokesman for North Wales Police said: “Police were notified and attended the scene. However, the death is not being treated as suspicious.

“The investigation will be passed to other authorities, including the coroner for North East Wales.”

Farmers’ Union of Wales president Glyn Roberts said the death highlighted the dangerous nature of farming and the need for a safety-first approach.

Mr Roberts added: “Agriculture represents about 1.4% of the workforce across the UK, but astonishingly accounts for up to 20% of all reported work-related fatalities in Great Britain.

“And even though we still have one of the lowest rates of workplace deaths in Europe, one death is still one too many and we don’t want to see our farmers become a farming fatality statistic.”

A HSE spokesman said: “I can confirm HSE are aware and making enquiries.”

HSE figures show that 29 people were killed in the UK in the 2015/16 financial year, while undertaking farming and other agriculture-related activities.