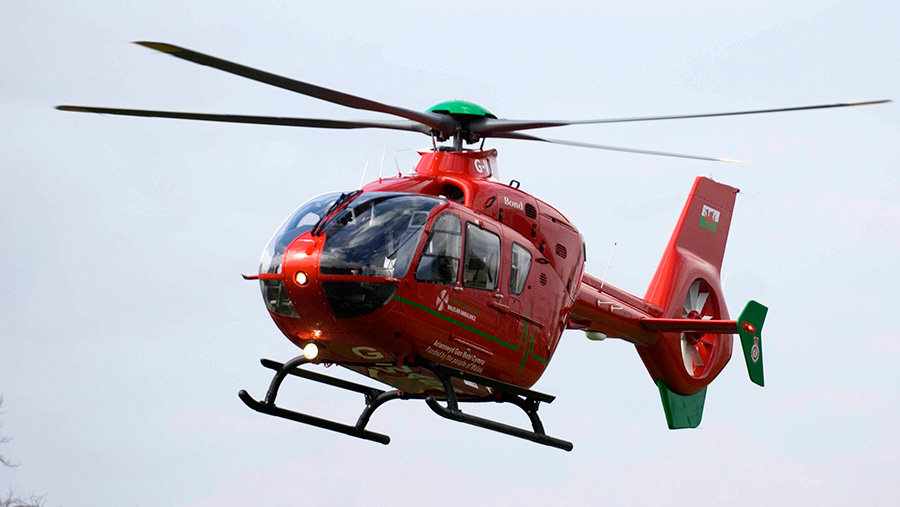 An investigation is under way following the death of a farmer killed after falling through a roof while carrying out repairs.

Owen Bryn Edwards, 70, is believed to have been repairing an asbestos roof of an outbuilding when the incident happened.

According to reports, Mr Edwards had gone to inspect a roof damaged in a storm when he fell to his death on the family farm, Tyddyn ‘Ronnen, Llanuwchllyn, near Bala, north Wales.

He was taken to hospital by air ambulance, but was later pronounced dead.

Police said the incident is not suspicious.

The Health and Safety Executive is investigating.

Mr Edwards’ family, including wife, Mair, and three daughters and a son, Elain, Llinos, Enfys and Telor as well as his grandchildren – meant “everything to him”.

“He was my friend since childhood.

“We went to the same primary school Ysgol Llanuwchllyn and Bala Grammar School.

“Both of us couldn’t wait to leave school to work on farms,” Mr Roberts told the Daily Post.

“The weather was terrible on Monday. We’re afraid that he has gone to do something after the storm.

“I first saw an air ambulance land there on the farm and they took him to hospital in Stoke.

“It looks likely that he has fallen through an asbestos roof.”

Councillor Alan Jones Evans, Llanuwchllyn, said “Everybody has been shocked by the news. Bryn was such a careful and diligent man.

“He was more than a farmer, he was also a craftsman.

“He was very proud of the success of his children and enjoyed the company of his grandchildren.

“It’s up to us now to carry on telling them stories and keep memories of him alive.”

A Welsh Ambulance Service spokesman said: “We were called at about 1.15pm on Tuesday (22 November) to reports of an accident at an address in the Llanuwchllyn area of Bala.

“We sent an emergency ambulance and a Wales Air Ambulance to the scene, and a man was taken to hospital in Stoke in a serious condition.”