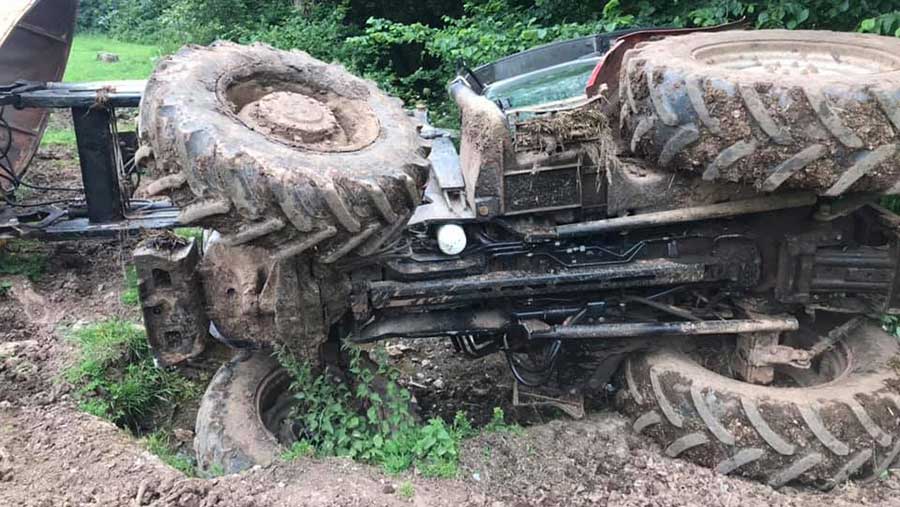 A Somerset farmer had to be rescued over the weekend after his tractor overturned in a ditch.

Firefighters were called to the incident, which happened near Hestercombe House, near Taunton, on Sunday (23 June).

Photos taken by Taunton Fire Station showed the red tractor lying on its side after it appeared to have fallen into a shallow ditch.

See also: Read how to stay Road Legal with machinery

Crews helped the farmer out of his vehicle. He escaped uninjured.

In a post on Facebook, the fire station said: “Today (Sunday), Blue Watch and on-call firefighters from Taunton helped a farmer out of his tractor after it went on its side near Hestercombe House.

“The farmer was uninjured, but slightly shaken.” 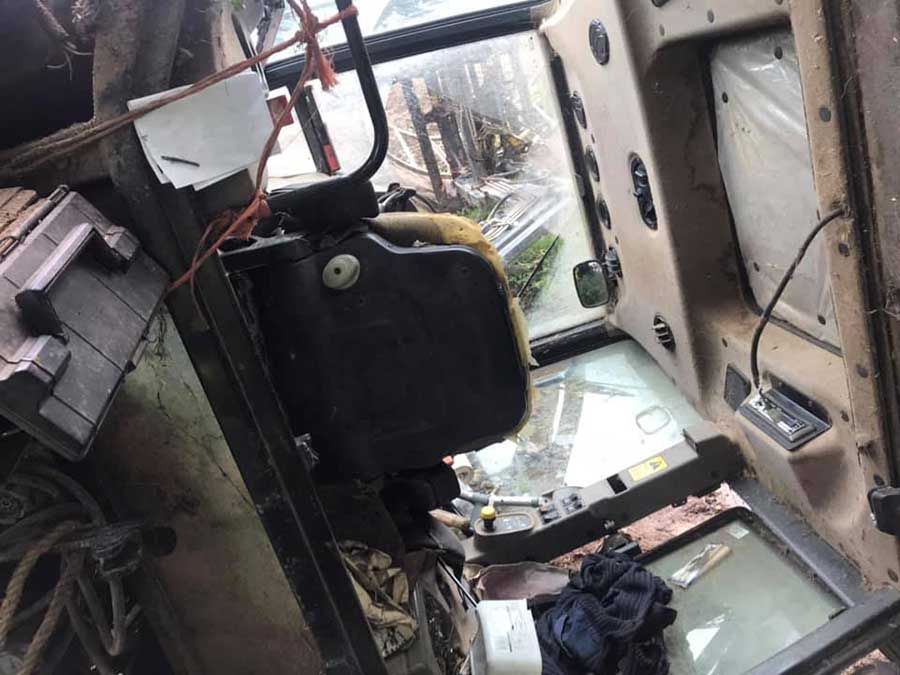 Elsewhere, two men were taken to hospital following a serious crash between a car and a tractor on the westbound A40 near Carmarthen in the early hours of Friday (21 June).

The driver and passenger of the car were taken to Glangwili Hospital in Carmarthen. One of the men was in a critical, but stable condition.

Anyone who witnessed the crash is asked to call the serious collision investigation unit at Dyfed-Powys Police on 101.