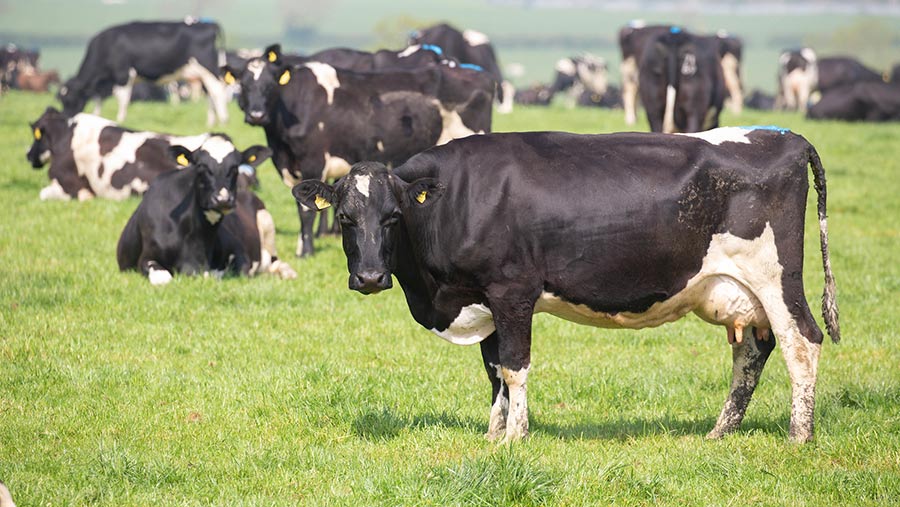 Welsh hill farmer Gareth Wyn Jones has spoken out after he and his family received death threats from vegan activists.

Mr Wyn Jones, who runs an 809ha farm with vegetables and livestock in Llanfairfechan, north Wales, had questioned whether Caffi Clywedog, which is located near the Clywedog dam near Llanidloes, Powys, offers customers milk produced from dairy cows.

On 3 May, he published a photo of the cafe’s sign and its menu and his Facebook page and asked: “Is this Caffi just using plant-based fluids and not using natural local milk? Can anyone help?”

Mr Wyn Jones told Farmers Weekly that he had not realised that the newly established cafe was an exclusively vegan cafe – especially as it is in mid Wales and surrounded by livestock farming businesses.

He explained: “I was sent a text message from a lady to say there was a cafe opening up and would I ask the question if they served cow’s milk with their coffee, so I asked the question.

“I looked at it afterwards and saw it was a vegan cafe, which I hadn’t realised. But there was nothing wrong with that question. I didn’t think it was troublesome.”

But after he published the post on social media, the cafe, which is based at Llyn Clywedog Visitor Centre, said it had received a “torrent of negativity”.

It said in a statement: “In a time where small hospitality has had a hard enough time as it is, we were saddened to receive a surge of unexpected online abuse.

“Although we respect that people can all have different views, what we cannot accept are threats of violence and arson to our premises, and messages of hatred that have been sent to Caffi Clywedog, which has promoting wellbeing within our community at the heart of everything we do.”

Mr Wyn Jones said he had never intended to stir up any hatred towards the cafe and had asked a “civil question”. He added: “I was not trying to clickbait anyone, or shut that business down – I was only asking a question. It was not derogatory.

“People said I had incited people to write bad reviews and attack and give threats to the business. That’s just slander and lies.

“They said they have had threats of arson attacks. I want to see these threats.”

Mr Wyn Jones later posted a “tongue in cheek” comment on Twitter that he would visit the cafe but bring his own milk.

However, he was “absolutely disgusted” to receive death threats to him and his family.

“This person said he has got a video of me, harassing these people in a cafe. These are massive accusations,” said the farmer.

“The threats were unbelievable. Cutting my p**** off and putting it down my throat and sticking my gun up my a***.

“This is my family and I said, ‘don’t send these messages’, but I kept being bombarded with them.

“It has upset my wife and my family. There are people at the end of those messages. And this is all to do with me asking a cafe if they served cow’s milk?”

Mr Wyn Jones has reported the threats against him and his family to North Wales Police.

He said he had received dozens of messages of support from people in the farming community – and he thanked everyone for their kind messages.