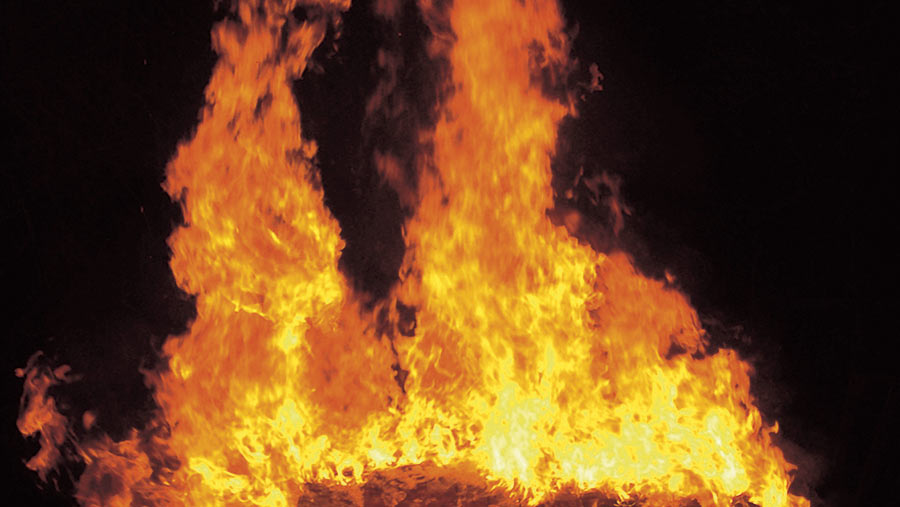 A Dorset farmer was given a six-month suspended prison sentence after reneging on an agreement with authorities to stop burning waste on his farm.

Environment Agency officers visited French’s Farm, Watery Lane, Upton, on 17 August 2015 to check whether David House had complied with a formal notice to remove illegal waste from the site.

Earlier checks had revealed the farm was being used for the illegal storage and disposal of domestic and commercial waste.

Inquiries revealed Mr House, a tenant farmer, had been disposing of waste by burning at the site since 2013.

In fact, the agency had evidence from reports of 64 fires during a five-year period at the site – 11 fires within six months were so serious they had to be put out by Dorset Fire and Rescue.

During interview, Mr House claimed he had given permission to others to dump and burn waste and promised to clear the site within a month.

But this was not done.

Because Mr House was suffering ill health, officials decided he would be given a caution as long as he removed the waste by a set deadline.

But waste fires began again and, despite being told not to, Mr House spread the ash across his land.

During a second interview, Mr House stoked the officials’ ire by introducing himself as former Coronation Street character Ena Sharples and then blaming others for the waste on his land.

Appearing at Bournemouth Magistrates’ Court on 11 August, Mr House pleaded guilty to knowingly causing the operation of a regulated facility without authority and disposing of controlled special waste in a manner likely to cause harm to human health.

He was given a six-month prison sentence, suspended for 15 months, and made the subject of a Criminal Behaviour Order that prevents him from being involved in the collection, transportation or disposal of waste from any premises.

Under the order, Mr House is banned from setting or lighting any fire in the open for the purpose of burning controlled waste without obtaining permission, in advance and in writing, from the Environment Agency.

He is also prohibited from importing or allowing any person in a vehicle to import or bring any waste onto any land, business premises or residential premises of which he has control or is the occupier.

The ban runs for five years.

An Environment Agency spokesperson said: “While the vast majority of waste sites we regulate are well run and provide a much-needed waste management service, we recognise there’s an issue with a small number of operators who break the rule of their permit.

“We tried to work with Mr House to rectify issues and to ensure he was operating within the law but to no avail.

“We will prosecute those willingly found flouting the law by undertaking illegal activity and causing harm to the environment and human health.”