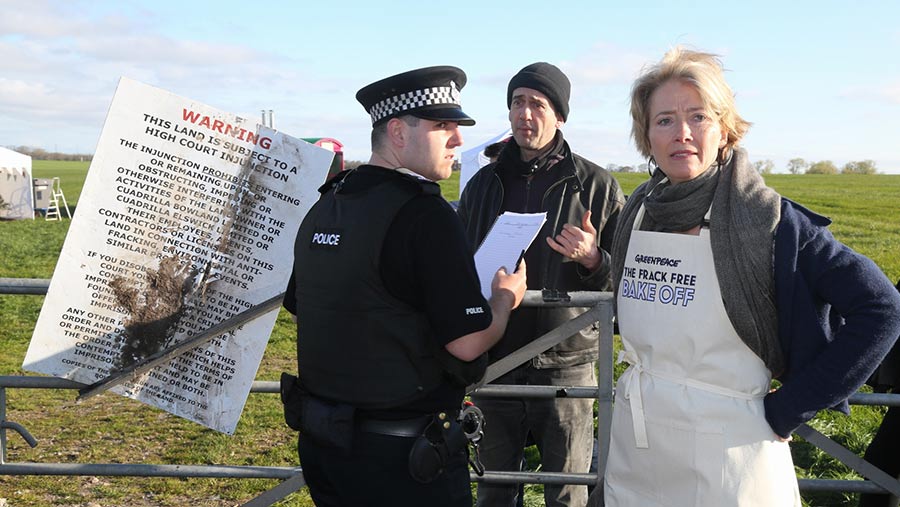 Oscar-winning actress Emma Thompson narrowly escaped being pelted with slurry while she took part in an anti-fracking demonstration.

Ms Thompson, 57, and her sister Sophie had been taking part in the protest in a field earmarked for gas exploration in Kirkham, Lancashire.

They lent their support to a “Frack Free Bake Off” staged by Greenpeace in protest over energy firm Cuadrilla’s plans to drill for shale gas on two sites in the area.

However, the group ignored an injunction obtained by Cuadrilla to keep protesters off the site, which has stood in place since 2014.

An angry farmer, who leases the field, decided to take aim at the sisters and the Greenpeace protestors. 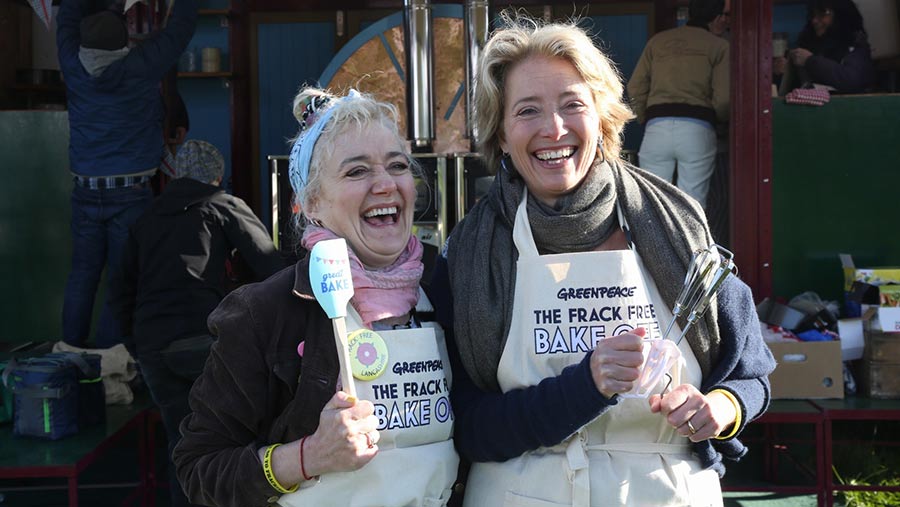 The stunned activists dived for cover as the angry farmer jumped in his tractor and drove round the makeshift camp, spraying them with a stream of slurry.

Our reporter @inzyrashid captures actress Emma Thompson having muck sprayed at her during anti-fracking event. pic.twitter.com/XzlLfIxdNu

But Ms Thompson and her sister, who won Celebrity Masterchef two years ago, were baking energy-themed cakes and were protected from the slurry by a gazebo.

Lancashire Police said officers attended the scene “for safety reasons”, but no arrests were made.

Are you the farmer who sprayed the slurry? Or do you know the farmer? Contact the newsdesk now on 020 8652 4921 or email philip.case@rbi.co.uk