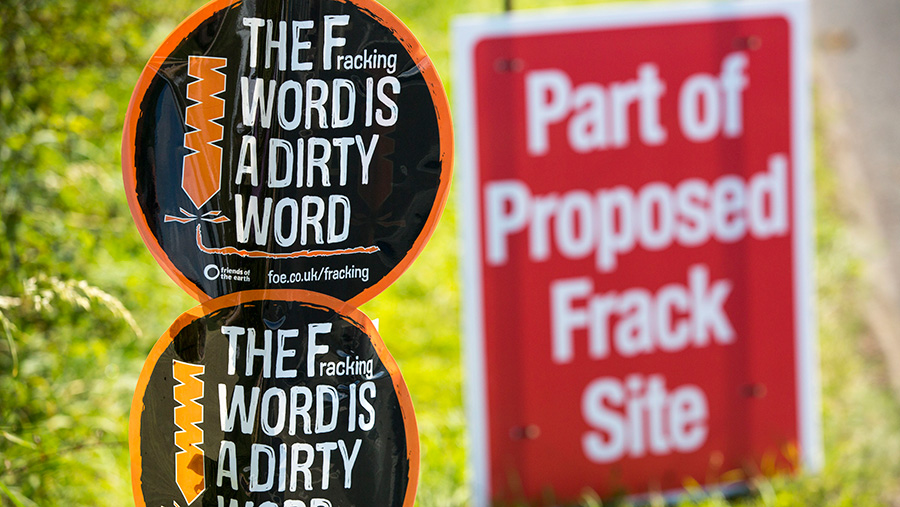 Farmers have condemned a government decision to allow shale gas exploration in Lancashire – despite the local county council’s refusal to grant the go-ahead.

A decision on whether to allow fracking at a second site is expected to be granted following pending a request for further information.

Dairy farmer’s son and agricultural engineer Tony Holden said: “This is a very dark day for agriculture and the UK as a whole.”

“This is about turning farms into gas fields and then farming crops, meat and milk on gas land,” he added.

If fracking took place, the quality of food produced from farms in the area could be called into question, said Mr Holden.

This could undermine food security, he added.

“This is not democracy, it is dictatorship.”

Local farmer Robert Sanderson said he too was disappointed at the decision.

“I think it is catastrophic,” he told ITV News.

Mr Sanderson said he had almost 1,000 head of cattle and their fertility could be jeopardised if there was any contamination.

Local people did not want fracking, he added.

“Once the damage has been done, it is irreversible – I am angry about it.”

LCC said its development control committee had refused Cuadrilla’s fracking request after considering many hours of evidence both for and against the proposal.

Marcus Johnstone, the local authority’s executive member for environment, planning and cultural services, described it as one of the biggest planning applications ever put before a council.

Mr Johnstone said: “Tens of thousands of people responded to the consultation processes, and the applications involved substantial levels of technical detail.”

Committee members ultimately cast their vote based on the evidence they heard and whether they thought the proposal was acceptable in planning terms, said Mr Johnstone.

“A local council, made up of councillors democratically elected by local people, and charged with serving their interests, is exactly the right body to make decisions on local matters.

He added: “It is clear that the government supports the development of a shale gas industry, but I would ask them to do more to address the concerns of local communities.”