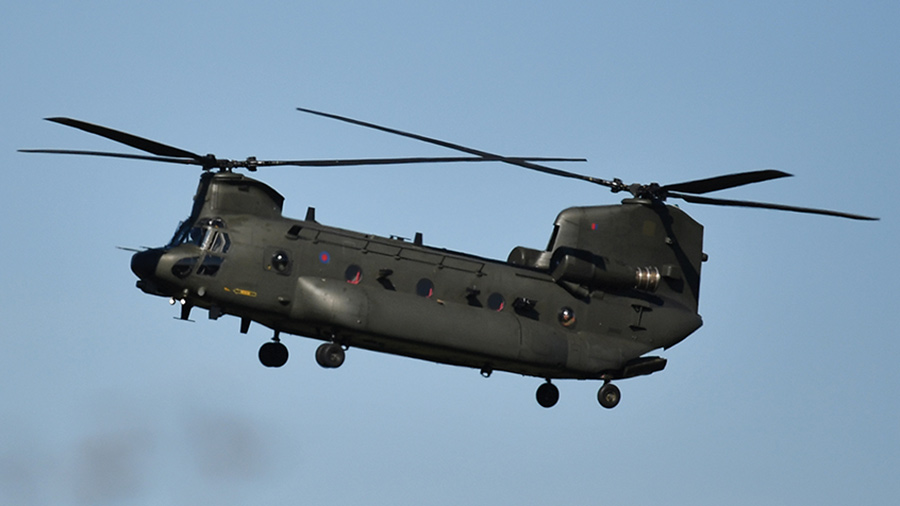 Complaints against the Ministry of Defence (MOD) for nuisance caused by low-flying aircraft are on the rise, with livestock keepers among those most affected by the noise and disruption of military manoeuvres.

We look at why incidents are up, what you can do about it and we talk to two farmers about the impact the problem has had on their farms.

In answer to a recent parliamentary question, defence minister Jeremy Quin put the number of complaints about low flying his department had received in 2020 at 1,256, compared with 768 the year before.

This upturn, according to an MOD spokesman, is probably the result of Covid lockdowns, with more people staying at home and therefore more aware of aircraft activity.

But the spokesman also points to the fact that some MOD “air assets” did not deploy on overseas exercises during lockdown, which resulted in increased low-level flying activity within the UK.

Despite the rise in complaints, including from livestock farmers, the MOD is adamant that it takes its responsibilities very seriously as it seeks to balance the need for military training with avoiding excessive disturbance on the ground.

“Aircrew do not fly over livestock deliberately and will try to avoid them wherever it is safe and practicable to do so,” the spokesman says. “However, livestock are not as obvious from the air as people believe, and can be obscured by buildings, trees and hedges.

“If livestock or horses are not seen until late, considerably more disturbance is likely to occur by taking violent avoiding action rather than continuing on the existing flight path.”

While acknowledging the need for such operations, producer groups say greater care is still needed.

“It is paramount that those responsible carry out their duties with the utmost diligence and respect for the safety and welfare of farm livestock,” says Royal Association of British Dairy Farmers managing director Matthew Knight.

“The impact of low flying aircraft can be devastating, causing injuries and loss of stock, while undue stress can have a knock-on effect on herd milk production.”

The impact can be even more damaging for egg producers.

“Hens have an innate fear of overhead predators – a survival mechanism from thousands of years of evolution, which causes them to seek cover from larger birds circling in the sky,” explains British Egg Industry Council chief executive Mark Williams.

“Low-flying military aircraft can elicit a similar reaction. If hens are subjected to prolonged periods where overhead objects are nearby, it can cause considerable stress that can impact the health of the bird.”

This can lead to increased mortality, loss of egg production, a drop in the size and value of eggs, and poor shell quality.

Bird behaviour can also change, with increased feather pecking and even cannibalism. Death from smothering and broken bones may also occur.

Compensation payments on the rise

In the worst-case scenario, when livestock are either lost or damaged, farmers are entitled to apply for compensation.

In response to a Farmers Weekly Freedom of Information request, the MOD has revealed that total compensation in the 2020 calendar year relating to livestock came to just over £49,000, based on 13 paid claims (out of 29 actual claims).

Then, the MOD had to compensate one poultry farmer more than £24,500 for loss of birds, while another livestock farmer received just over £20,000 for loss of cattle, and a pig farmer £5,292 for loss of pigs.

How to make a complaint

To make a complaint, you should include your name, full address, telephone number, date, time and location of the problem, type of aircraft (if known) and a brief description of the events.

More information can be found at www.gov.uk/military-low-flying.

Trying to quantify the damage caused by a low-flying helicopter is no easy task, but the stress and disruption one caused at Brighthams Farm in West Sussex last April was considerable.

Afternoon milking was drawing to a close for the 240 pedigree Friesian cows when a Chinook from the RAF’s base at Odiham, Hampshire – some 40 miles away – could be heard approaching.

Walking out into the farmyard, dairy farmer Phil Nash was amazed to see the 12t, twin-rotor machine seemingly brushing the roofs of his cattle sheds. 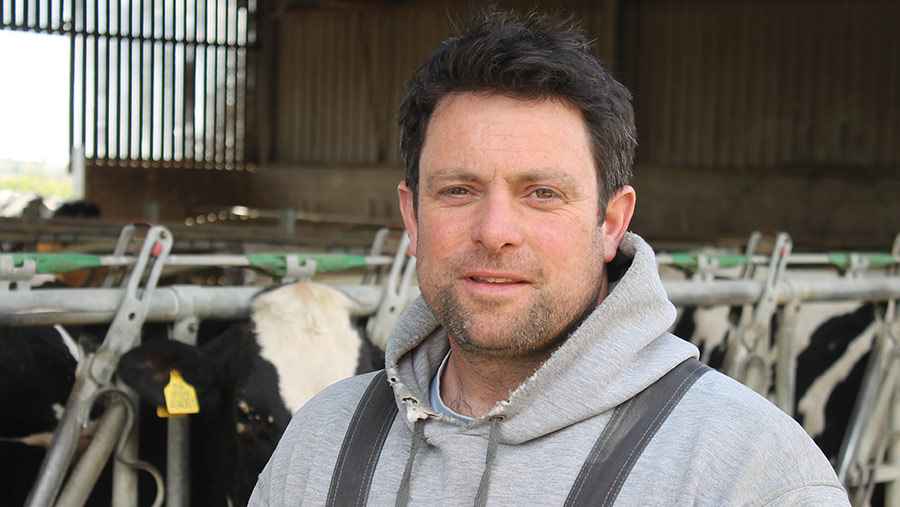 “The noise and vibration were incredible, causing instant panic in the cows,” he says. “The low-yielders – 110 of them – burst through a gate and took flight, charging through four fields with electric fencing and only coming to a halt when they reached the River Adur.

“The 130 high-yielders were at least contained, though they were charging around their enclosure, slipping on the concrete flooring and bashing into the walls, as were about 80 young calves.”

It took Phil, his brother Johnny and two others more than an hour to round them all up and restore some order, and start to assess the damage.

“Fortunately all the electric fencing could be repaired and, after close inspection, I could not find any aborted foetuses or signs of broken bones,” says Mr Nash. “There was definitely a drop in milk yield – we were about 600 litres down from our usual 7,500 litres the next day – but the real concern is for our high-yielders.

“Some had only recently gone back into calf, so we will not know for some time if any have suffered from reabsorption of embryos or other impacts. They are pedigree cows, so there is a lot at stake.”

Mr Nash has taken the matter up with the MOD, pointing out that the farm is very obviously a livestock farm – both on maps and from the air – and seeking reassurances that it will not happen again.

A reply from the MOD does offer an apology, but goes on to explain that, while aircrew would try to stay clear of livestock, “avoidance of all farms and equestrian establishments is not possible due to the vast number of these sites – it would make low flying in the UK untenable”.

Poultry units are especially vulnerable to disturbance from low-flying aircraft, as contract pullet rearer Stephen Ware found out to his cost last September.

Mr Ware has six sheds housing about 148,000 birds just outside the village of Weobley, near Leominster. He takes in day-old chicks and grows them to about 16 weeks, when they are distributed to egg laying farms.

“I first became aware of the problem at about 9.30pm when my farm manager called to say there had been a helicopter flying very low over the buildings in the dark,” Mr Ware recalls.

“Subsequent enquiries confirmed that the aircraft – either a Chinook or perhaps a tilt-rotor helicopter – had flown very low over the village then banked to turn, right over our sheds, before heading back the way it came.”

Upon entering the sheds, he was distressed to find about 500 dead pullets in one of them and about 100 in another – 13-week-old birds that had been smothered to death in the panic caused by the noise of the aircraft.

“The incident was stressful to both the staff and the birds,” says Mr Ware. “We had to pick up and dispose of the deads, but also treat the rest of the flock with multivitamins and electrolyte in the water to get them back on track.”

There was also the task of notifying the MOD and sorting out a compensation claim.

“The MOD obviously knows which aircraft were where, when and at what height, so they were at least able to confirm fairly quickly that we did have a valid claim,” he says.

“However, the process of form filling and information providing is fairly tortuous and it took us seven months before our compensation was eventually paid.”

Mr Ware estimates the total cost at £3,600, covering the loss of pullets at more than £5 apiece, carcass disposal charges, flock treatments and labour – although the payment from the MOD covered only the loss of the birds.

“I accept that we all have a job to do and that low flying is something we have to live with. But late-night sorties at low altitude in a built-up area concerns me even more than the loss to my business,” says Mr Ware.