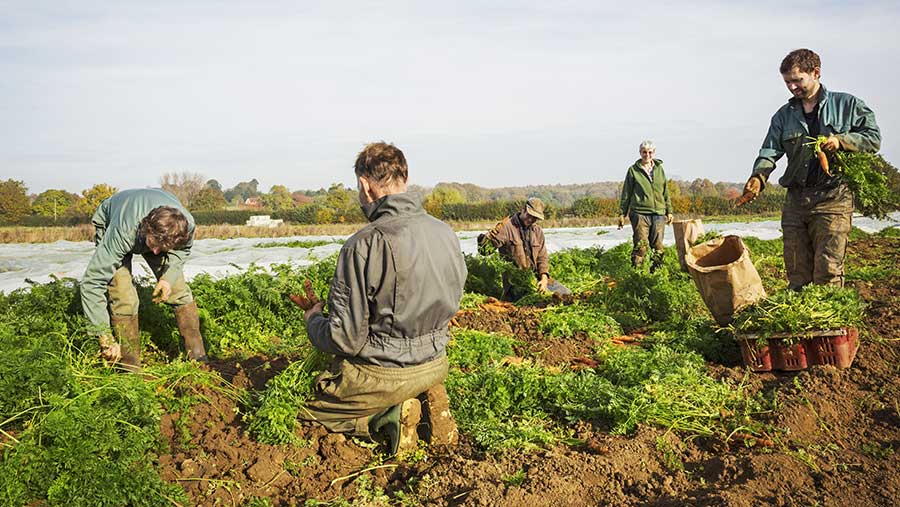 Agriculture is among the sectors likely to “struggle most” to attract workers after Brexit, a government adviser has warned.

Alan Manning, chairman of the Migration Advisory Committee said farming, food processing, hospitality and warehousing were all likely to struggle to attract enough workers after the UK leaves the EU in March 2019.

New immigration rules would hit lower skilled workers looking to come to the UK – making it difficult for industries such as agriculture which rely on recruiting temporary and full-time employees from overseas, said Prof Manning.

See also: How to attract and retain the best employees

“It depends on what the future system is – but if one thinks it is going to bear down more heavily on lower-skilled migration, I think you would be looking at agriculture, food manufacturing, hospitality and maybe warehousing.”

Prof Manning was giving evidence to the House of Commons Home Affairs Committee on Wednesday (18 April). His comments as Defra secretary Michael Gove dismissed suggestions Brexit has led to a hardening of attitudes on immigration.

“Of all the countries in the EU, Britain is the country with the warmest attitude to migration from outside the EU,” Mr Gove told BBC Radio 4’s Today programme. “We’re the most immigration-friendly country in the EU.”

Many farms and horticultural businesses continue to report difficulties recruiting staff. But so far the government has refused to introduce of a seasonal agricultural workers scheme that growers argue would help fill vacancies.

UK workers were much slower at fruit picking, said Boxford (Suffolk) Farms in a submission to the migration committee. They were reluctant to take manual harvest jobs, didn’t want to work long hours and were less willing to start early if the crop and weather dictated.

Without overseas workers, UK-produced food would become more expensive and sales would diminish. “The worse-case scenario is of course that if there are no seasonal workers at all then UK grown fruit and veg will simply cease to be produced.”