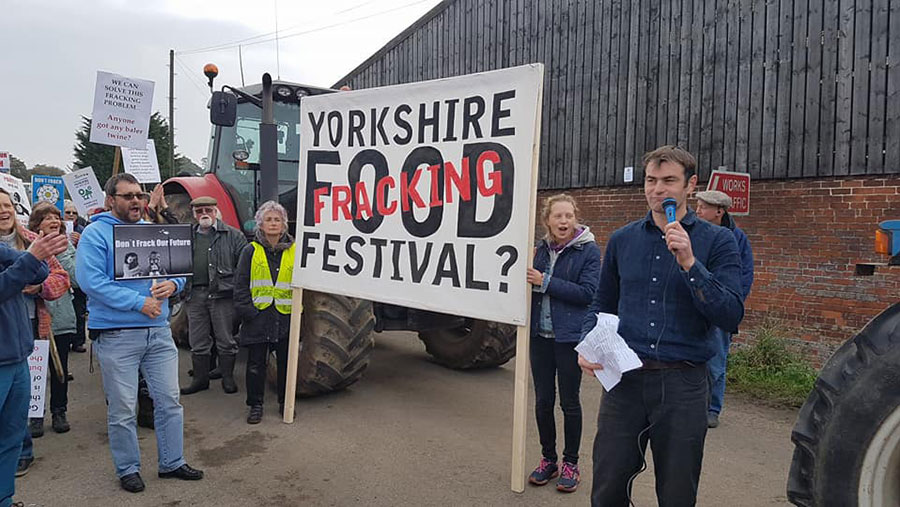 Farmers joined campaigners during part of a protest against fracking in North Yorkshire.

About 60 people staged the demonstration over plans for fracking in Kirby Misperton, near Ryedale.

Third Energy has been granted permission by North Yorkshire County Council to frack for gas at the site.

Farmers drove tractors from the nearby village of Great Barugh to the protest where they were greeted by cheers from other protesters upon arrival. 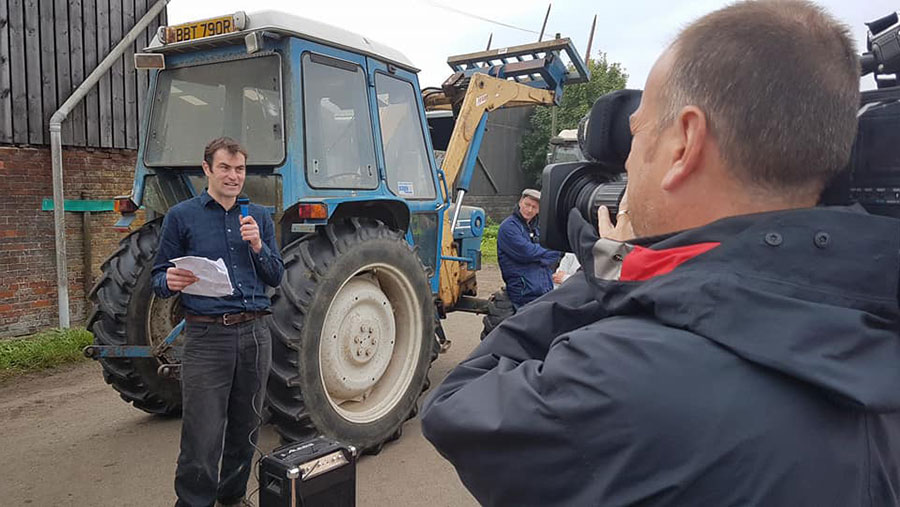 A spokesman for Third Energy said: “The planning authority, North Yorkshire County Council, the Environment Agency and the Health & Safety Executive have robust procedures in place to ensure  all these points have been addressed.

“Third Energy has been rigorous in its approach to completing its planning application and is confident it has prepared for its upcoming hydraulic fracturing operations.

“We trust that those who object to our plans will also respect our rights, and the rights of Ryedale residents, to go about our business lawfully and peacefully.

“Last time we checked three small tractors do not represent the views of farmers in North Yorkshire.”