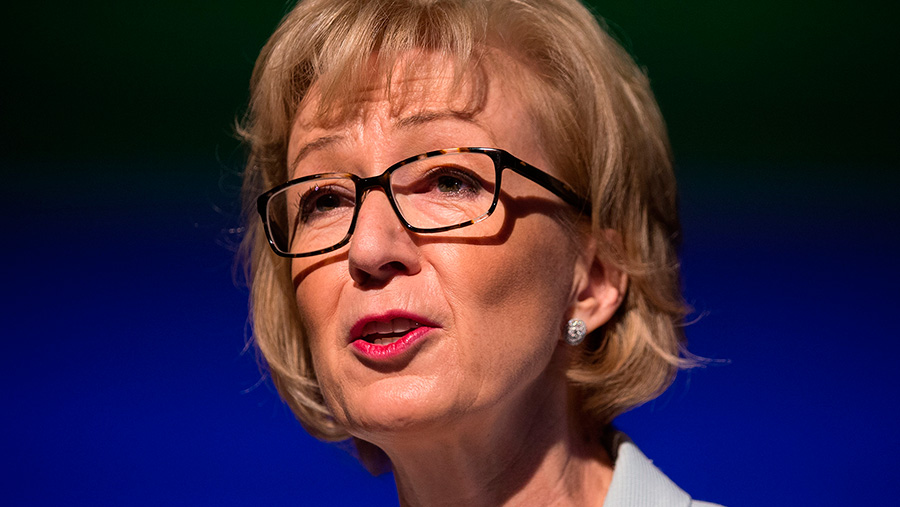 Defra secretary Andrea Leadsom has given the clearest indication that farmers will have to do more to protect the environment once the UK leaves the EU.

Describing Brexit as a unique opportunity to develop a set of policies specially tailored to UK needs, Mrs Leadsom said the government was preparing to publish a framework detailing a “game-changing approach” to managing the environment.

“It is my ambition and it is my department’s vision to be the first generation to leave our environment better than we found it since the industrial revolution,” she said.

“That is quite an ambition and it is something we are determined to do.”

Mrs Leadsom was speaking at the launch of a State of Nature report, which links a major decline in British wildlife species to intensive farming practices.

It is my ambition and it is my department’s vision to be the first generation to leave our environment better than we found it since the industrial revolution Andrea Leadsom, Defra

One in 10 UK species are threatened with extinction, says the document, which was published on Wednesday (14 September).

The study was funded by 50 conservation groups and wildlife charities.

Using evidence from the past 50 years, it argues that significant and ongoing changes in agricultural practices are having the single biggest impact on nature.

Mrs Leadsom said the document showed that action was more vital than ever.

“It brings some very serious issues to our attention like the decline in pollinators and other insects – creatures that are vital to our ecosystems,” she added.

“With three-quarters of our land mass-farmed, how we manage our farmland is key to tackling the challenges we see in this report.

“It is clear that our wildlife still feels the impact today from the significant changes we saw in the 1970s and 1980s in the way land was managed and used.”

But Mrs Leadsom acknowledged that progress had been made.

Almost 19,000 miles of hedgerow had been planted in the past five years – and careful management had helped to turn around the fortunes of birds such as the cirl bunting and the stone curlew, she said.

“We must now continue to work with farmers and environmental organisations learning from their experience and expertise to secure further improvements to our habitats and wildlife.”

The government’s upcoming 25-year plan for the for environment would set the direction for future policy, said Mrs Leadsom.

Building on this, the government would publish a framework detailing a game-changing approach to managing the environment.

Brexit was a unique opportunity to develop a set of policies tailored to the needs of the UK, its species and its habitats.

“Natural capital will lie at the heart of this,” said Mrs Leadsom.

“The decision to leave the EU also means of course that we have the opportunity to look again at the ways we work with farmers and landowners to improve our environment.”

“We have achieved some things but there is much still to do,” said Mrs Leadsom.

“We have truly ambitious plans to transform our approach to the environment and we now have a new opportunity to do just that.”