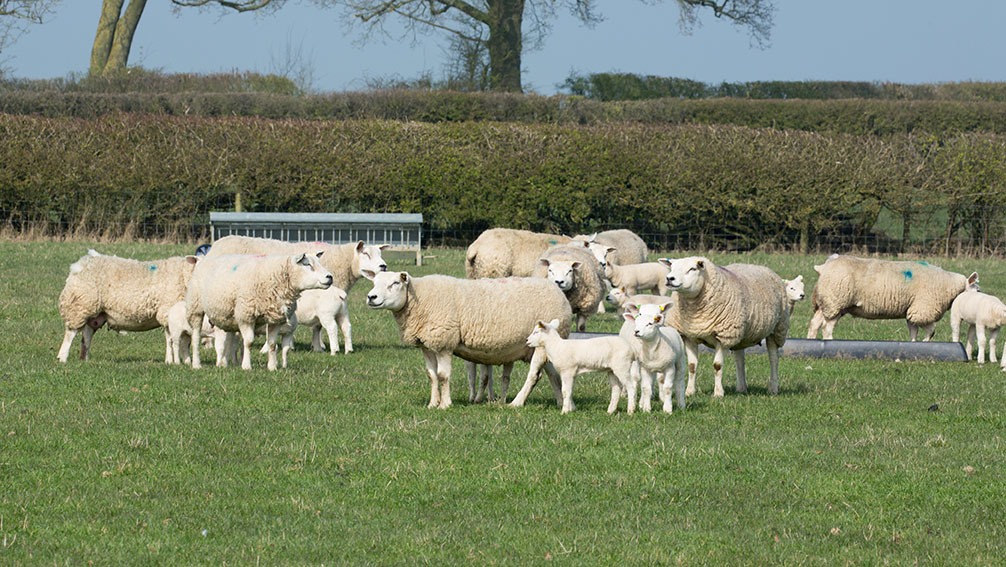 A farming couple whose son spent five days in hospital after suffering a serious reaction to orf, contracted from pet lambs, says more must be done to educate medical professionals about this viral skin infection.

Brychan contracted orf from lambs at Tywysog, the family farm at Henllan, Conwy. He was then hospitalised when the sore wound on his hand became infected and he developed the secondary infection, Gionatti-Crosti syndrome.

See also: Video: How to use orf vaccine correctly on sheep 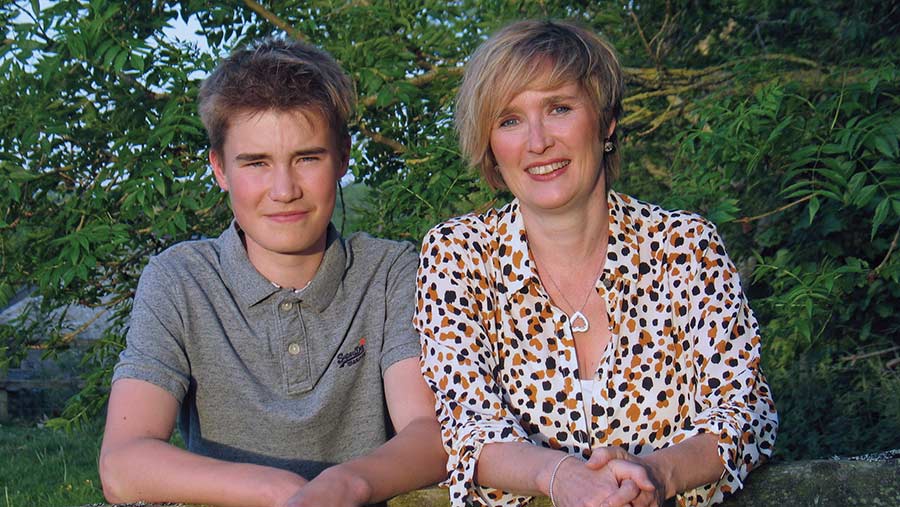 Ffion Clywd Edwards, pictured with son Brychan, said it was harrowing to watch his condition deteriorate

But his parents were not prepared for the hospital’s lack of knowledge about orf, a viral skin disease that is spread from sheep or goats to humans.

As Brychan’s condition deteriorated – he developed hot and itchy hives, which spread from his hands to his elbows, arms, knees, ankles and feet – they turned to social media for urgent advice on treatment possibilities.

It was a race against time as Brychan wasn’t responding to intravenous antibiotics and antihistamines.

To the family’s astonishment that appeal was shared 43,000 times, yielding 3,500 responses.

Among those was a comment from a nurse whose 13-year-old son had suffered from orf the previous week and had experienced a similar reaction. 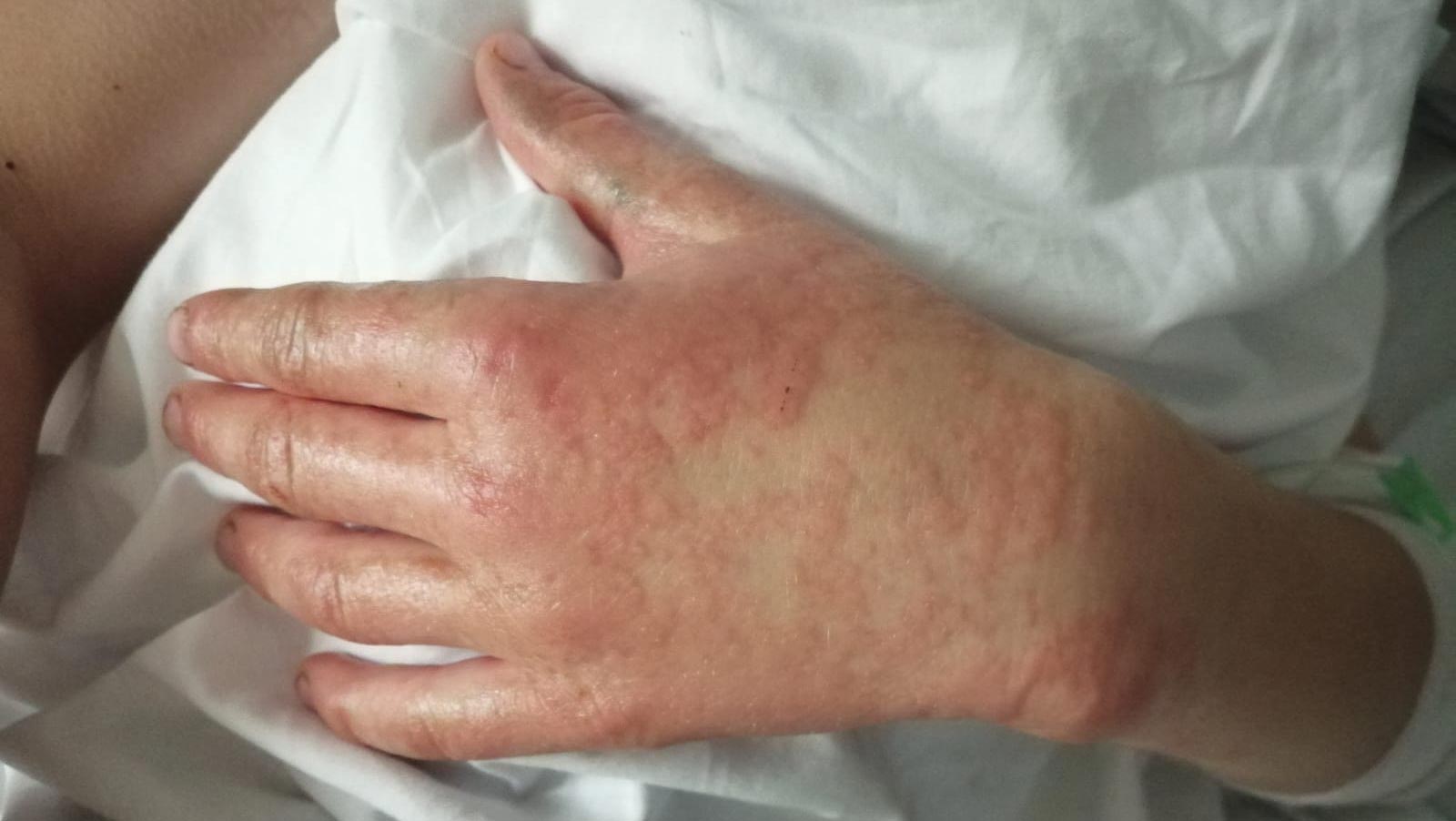 Once she saw photographs of Brychan’s infection, she immediately suggested that he could be reacting to one of the intravenous medications.

At this point, Brychan had not slept for 96 hours. “He was lying in bed clenching his body, waiting for the next wave of pain and discomfort to hit. It was harrowing to watch,” said Mrs Clwyd Edwards. 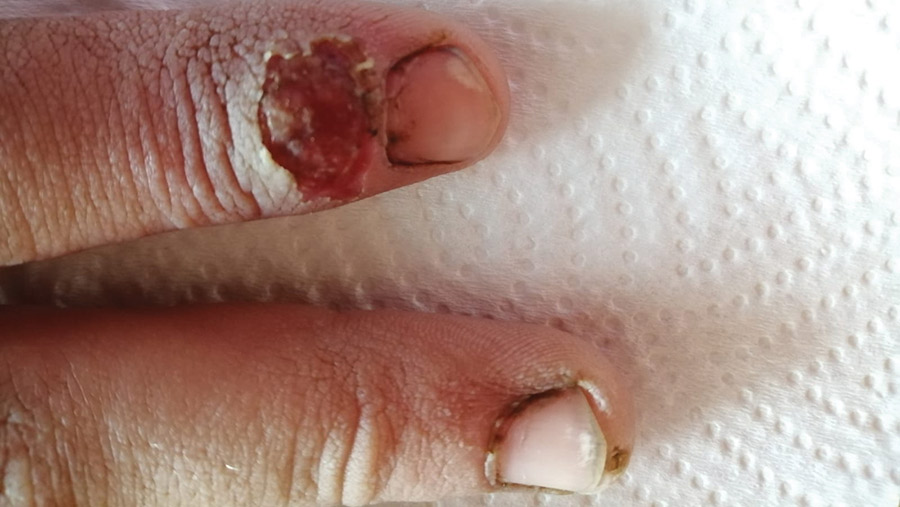 It was only when the antibiotics and antihistamine treatment was withdrawn that his condition began to improve, and within 24 hours he was discharged from hospital to recover at home.

Brychan, who works on a dairy, beef and sheep farm at weekends, is now fit and well and was helping his brother to shear his own flock of Lleyn ewes five days after arriving home.

His parents say they were taken aback by how little knowledge doctors had of orf in children, despite the hospital drawing patients from a large rural community.

“We need to raise awareness within the medical community about orf and the complications that can arise from these infections,” said Mrs Clwyd Edwards.

Another issue which hampered Brychan’s diagnosis was accessing consultant dermatology expertise on a weekend, and a general shortage of skin experts in north Wales.

“It was nearly four days before Brychan was seen by a dermatologist because it was a Bank Holiday weekend. Had Brychan become unwell on a Monday, he may not have had to suffer for so long.”

However, she expressed gratitude to the medical team.

“We felt safe and secure at the hospital throughout our stay – they are doing a tremendous job.”

The family were overwhelmed by the response to the social media post and grateful to everyone who shared it and provided useful advice.

“I am a farmer’s daughter and a farmer’s wife so I know of that caring family-orientated feeling within our farming community, but the support we felt online took it to the next level – it was incredible,” she said.

“When all these thousands of messages started appearing on my phone I had been sat by Brychan’s hospital bed for three days and three nights, with no sleep, but I no longer felt alone.”

Orf is a zoonotic disease, which means it can be passed from animals to humans.

Trevor Pritchard, the Clwyd Edwards’s vet, said the virus can be transferred to humans via abrasions and cuts on the skin.

“Lesions are often present around a sheep’s mouth, so if you are worming animals with these, always wear suitable protective clothing.’’

Orf is a self-limiting disease – a sheep’s immunity eventually builds up and eliminates the infection.