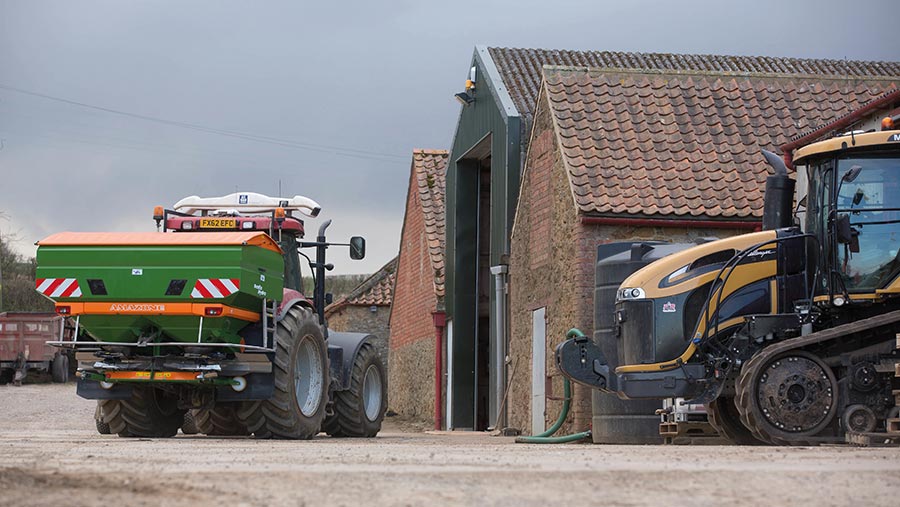 Farmers are fairly evenly split in their approach to the Red Tractor consultation on standards – and the organisation in general – a recent Farmers Weekly poll suggests.

Using our various social media channels, we asked if farmers supported the proposed changes as set out in the consultation launched in early January, which seeks to strengthen standards in some areas, but also to simplify and streamline the regime in others.

Across all three platforms (Facebook, Instagram and Twitter) we found that, out of the 1,527 who took part, 56% said they did support the changes, while 44% said they did not.

It was also apparent there was more support for the review among Instagram users – which has a typically younger demographic – than Facebook users, while Twitter users were equally split.

The poll posted on Facebook attracted a large number of comments from both sides of the argument.

On a positive note, one commentator observed that “retailers have to audit every product that comes in to their business, and usually to a much higher standard and stricter enforcement”.

“I would say that beef and lamb producers get off pretty easy with Red Tractor as a set standard across the board.

“The people saying it needs abolishing are living in a dream world. If you can’t comply, give up.”

Another suggested that, with veganism and environmental concerns getting greater, “there’s nothing more important to British agriculture than being seen to be world leaders in sustainable and responsible production. High standards are the key to promoting our produce.”

But there were plenty of negative comments, too.

“Red Tractor is a farmer-funded organisation which does nothing but spite farmers when products get bought in from abroad at standards worse than our own,” said one Facebook user.

“It’s high time we stopped pandering to schemes that make us comply with what they want and charging exorbitant fees for doing so,” said another.

“The majority of people in the UK are only interested in the cost of their shop, not its provenance.”

Another poll on The Farming Forum (TFF) asked: “If an alternative scheme, accepted by our merchant buyers, existed that assured to the same standard as imported cereals and did not ‘police’ standards already required by UK law, making cereal production cheaper and less onerous, would you resign from Red Tractor and join its replacement?”

Not surprisingly, given the question wording, 96% of the 461 respondents said “yes”.

What the consultation says

With the consultation running until 5 March, Red Tractor chief executive Jim Moseley is keen to see farmers involved on an individual basis.

“Farmers play an important role in helping shape the standards,” he said.

“They sit alongside other industry experts on our technical advisory and sector committees and are responsible for the ongoing maintenance and development of assurance standards.

“The consultation is a conversation between Red Tractor and the entire industry – everyone has an opportunity to have their say.”

The consultation documents are available online for each sector and set out the main changes in colour-coded format – yellow for revisions, red for new standards – to make it easy to see what is being proposed.

For example, under the plans relating to worker welfare, a Red Tractor ethical trade self-assessment questionnaire will have to be completed, and checks will be made on worker accommodation.

There will also be tougher health and safety protocols.

A secondary consultation – What Matters to You – is also in progress, which invites farmers to have their say on what Red Tractor means to them and how it can better understand their businesses.

To have your say on the consultation.