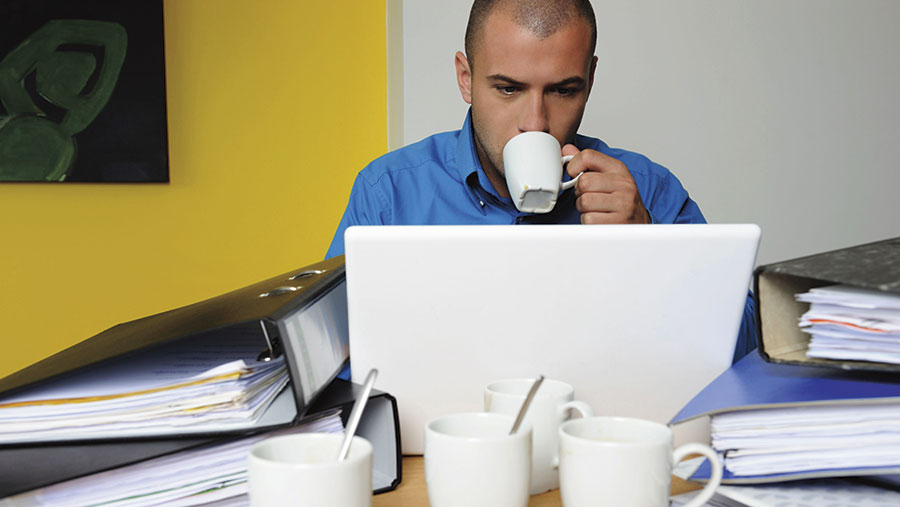 Mapping problems continue to dog the application process for the Basic Payment Scheme (BPS) in England, with the 15 May deadline fast approaching.

Some farmers are finding their claims are taking far longer to complete than in the past because of confusing changes to their digital maps.

The NFU is urging farmers yet to start their application to get on with it as soon as possible and to check their land details closely.

Guy Smith, NFU president, said: “Judging by the traffic into our call centre, there are clearly too many farmers out there mystified by what they see as Rural Payments Agency [RPA] mapping irregularities and coding errors.

“We’ve got too many members telling us the RPA satellite needs to go to Specsavers.

“While the advice at this late stage has to be to get applications in as best you can as soon as possible, for the third time of trying the system is still letting too many down.”

Arable farmer Edmund Lindley from Melwood Grange, Epworth near Doncaster, said he was finding the application process “worse than ever before”.

Mr Lindley said he accepted that his application was complex as about half of his 400ha farm includes traditional strip farming, where the boundary between strips is marked only by a ploughed furrow.

However, this year he was facing a myriad of system and map problems, including lost fields and disappearing permanent ineligible features (PIFs).

Mr Lindley said he was particularly frustrated that he had been forced to wait on the phone for 40 minutes while trying to reach the RPA. “It is just depressing,” he added.

An RPA spokesman said: “BPS 2017 applicants must check maps covering their land are correct and claim based on the position on the ground on 15 May 2017.

“The deadline for applications without penalty is midnight on 15 May and full guidance is available on Gov.uk.”

In Scotland, farmers have been offered a last-minute reminder to include a map of their ecological focus areas (EFAs) with their application or risk disallowance.

NFU Scotland’s combinable crops policy manager Peter Loggie said: “We can’t stress enough to those applying for greening the importance of including a map of your EFA with the application.

“If the EFA map is missing, the result can be a total loss of the whole greening element because it is deemed that the application for greening has not been made on time.

“In addition, from this year, a penalty on top of that can be applied, even if all EFA rules have been complied with fully on the ground. We urge all applicants to take this seriously.”

Thousands of application forms are still outstanding, although payment agencies point out that they always get a late surge in the final week.

Scotland and Wales are also reporting that they have received a higher percentage of forms than at the same time last year.

The position in each of the regions is: