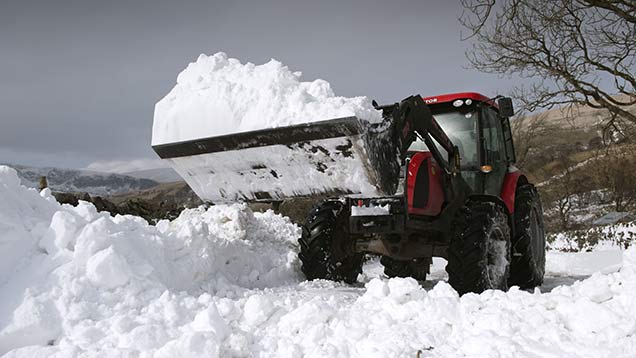 Blustery and wintry weather is set to sweep across the UK this week with forecasters predicting winter’s first blast of ice and snow.

The Met Office has issued ice and snow warnings for parts of England, Scotland and Northern Ireland and said “horrendous” conditions would likely cause disruption and travel chaos.

Scotland is forecast to be one of the worst affected areas with about 10cm of snow or more expected to fall on mountains.

Leon Brown, a meteorologist at The Weather Channel UK, said a very unsettled west to north-westerly weather pattern this week would continue through the rest of December with a strong jet stream over the north Atlantic.

Overnight on Monday (8 December) temperatures are expected to plummet to 0C to minus 2C for Wales and central England, but could dip to -3C or -4C in East Anglia by dawn.

Where there is snow on the ground over central Scotland, temperatures could drop to -5C or -6C.

Over the next fortnight, Mr Brown said low pressure belts would track across the North with gales at times.

Meanwhile, he forecast heavy snowfall across the Scottish Highlands at times with north-west Scotland set to receive 250% of its normal rainfall for this time of year.

The South will be a little more sheltered with slightly below normal precipitation for central to east and south-east England.

Mr Brown said: “Temperatures will be up and down every couple of days as each Atlantic depression passes the North, but averaging near normal with nothing extreme.”

On Monday (8 December), the NFU and the Health and Safety Executive (HSE) issued a safety message urging farmers and their staff to take “extra care” this winter.