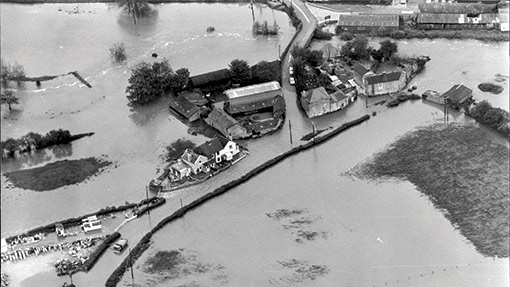 Farmers spent much of the 1970s trying to get to grips with what being a member of the European Economic Community (EEC) meant to them after prime minister Ted Heath took Britain into Europe in 1973.

For the first few months there was a sense of unease at the loss of deficiency payments and the prospect of increased competition from other member states.


Yet by June 1975 – when the government held a referendum to give the people a chance to have their say on whether to remain in Europe – Farmers Weekly’s position on the subject was clear.

Under the headline ‘Why we must vote yes for Europe’ the editor of the day argued that a vote for Europe was a vote against war, as it tied us closer to our former enemies. From a business perspective it also gave farmers commercial strength and protection, through tariffs, against unfair competition from elsewhere in the world.

“The EEC and its institutions are by no means perfect. But there is clear evidence that within the community there will be a continuing effort to provide farmers with a decent living as an essential part of a planned food supply,” he wrote.

“As members of the European family we would have the chance to help and discuss these developments and to share in European farming’s prosperity. As outsiders and competitors we would soon become the distant poor relations.”

It makes interesting reading given the debate about the need for a new EU referendum today.

Wild oats became a major concern towards the start of the 1970s as fears grew that the pest was spreading at an unprecedented rate. Survey results certainly pointed to the weed getting worse as a result of the intensification of arable farming and a reduction of the number of cleaning crops in a rotation.

According to the ministry this was leading to losses for cereal growers of more than £9/acre as a result of yield reductions, lost quality premiums and extra harvesting costs. Plans were unveiled for a mass offensive against wild oats involving a combination of chemical, cultivation and hand-rogueing techniques.

Big pay-packets offered by the North Sea companies were causing a manpower crisis on farms in the north of Scotland – and raising the prospect of a £60/week cowman. A report in 1973 said the situation was desperate as wages of £50-100/week on oil rigs were proving too tempting to workers.

“There was a time fairly recently when a farmer could get any number of applications if he advertised for a man. Now there are usually several farmers wanting the services of every man available.”

The position was not much better further south. In the south-east of England, vegetable growers were finding immigration controls were leaving them short of casual workers to pick crops.

“Nobody wants the job, though we pay high piecework rates – 80p to £1.30/hour – with unrestricted overtime,” said one Bucks farmer. “Unless the government does something we will soon be importing vegetables that could be grown here.”

There was huge pressure for everyone to do their bit to conserve energy and that included farmers. The 1974 fuel crisis led to debate about different ways producers could cut back on consumption, with ideas including reducing ploughing depth and using a combination of a chisel plough and rotary cultivator in place of a mouldboard plough and two passes with a disc harrow.

Horticulturists found themselves in a particularly dire situation. The fuel bill for glasshouse producers rose from £4,000/acre to £6,000/acre as result of the sharp increase in oil prices.