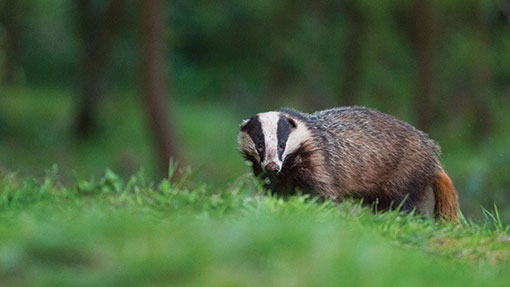 The 2012 dairy crisis showed what could be achieved when farmers stick together and harness the power of the internet to their advantage. It all started when a series of vicious farmgate price cuts threatened to drive hundreds of families out of business.

More than 2,500 milk producers descended on London for an emergency summit at Central Hall, Westminster – creating a springboard for action right across the UK. Dubbed SOS Dairy the battle saw farmers blockading dairy processors as they pushed for a reversal of the price cuts.

It was also one of the first times farmers managed to harness the power of the internet to alert consumers to the fact they were being ask to supply milk below the cost of production. After two months of intensive campaigning retailers and processors backed down and agreed to price increases and to abide by a code of conduct designed to help make sure farmers are treated more fairly.

Farmers Weekly’s message “Play Fair, Pay Fair” dominated posters, which farmers used to protest in a way that captured the public’s imagination. As we remarked at the time: “SOS Dairy wasn’t about asking shoppers to pay more for milk, it was about farmers getting a fair price from processors and retailers.”

The problem of flooding on the Somerset Levels had been getting increasingly worse since the start of the 2010s. But it was the spring of 2014 when the plight of rural residents and farmers really hit the headlines.

Rising floodwaters forced farmers to evacuate from their holdings completely and it was all hands to the decks to transport livestock, feed, bedding. It was a horrific time for those affected but the industry rallied around magnificently with farmers across the country donating cash, feed, forage, transport and time to help their colleagues in need.

“It makes you proud to be part of the farming community,” we wrote. “In an emergency you always hope that friends and colleagues will give their support. And UK agriculture is showing it can and will do that – in spades.”

After years of debate, trials, court cases and controversy pilot badger culls started in summer 2013 in Gloucestershire and Somerset. As expected it was a testing time for the farmers and marksmen involved, as protesters made their opposition clear. The results were also mixed. An independent panel of experts asked to report on the first year of culling, questioned it in terms of effectiveness and humaneness. However, farm leaders hit back at some of the conclusions, claiming “it made assumptions based on anecdote”. The trials are now in their second year with government firm in its belief that without tackling the reservoir of disease in wildlife it will be impossible to control the spread of bovine TB.

The jokes that flooded the internet in the aftermath of the horsegate crisis were actually quite funny (typical example: The doctor told me to watch what I eat, so I went out and bought tickets for the Grand National). However, in reality it was far from humorous when meat products contaminated with quantities of horsemeat were found in UK supermarkets in January 2013.

It felt like a betrayal of both shoppers and farmers – with producers fearful that they would end up paying the price for mistakes made further up the food chain. As producers pointed out they were made to “jump through hoops” to supply meat in terms of meeting assurance requirements.

Whether you like it or not, social media has become big news in recent years – and farmers are very much involved. In 2013 we reported on the rise of agricultural groups that were springing up on Twitter, providing a way for farmers to connect. Farming organisations have also been quick to recognise the value of social media in terms of getting positive messages out about the sector.

As we reported in a Twitter special: “Everyone’s on it, from politicians to big businesses and the mainstream media, and we can’t afford to get left behind. It is where opinions are formed, so we have to make sure that agriculture’s view is properly heard so we can help people make their minds up.”