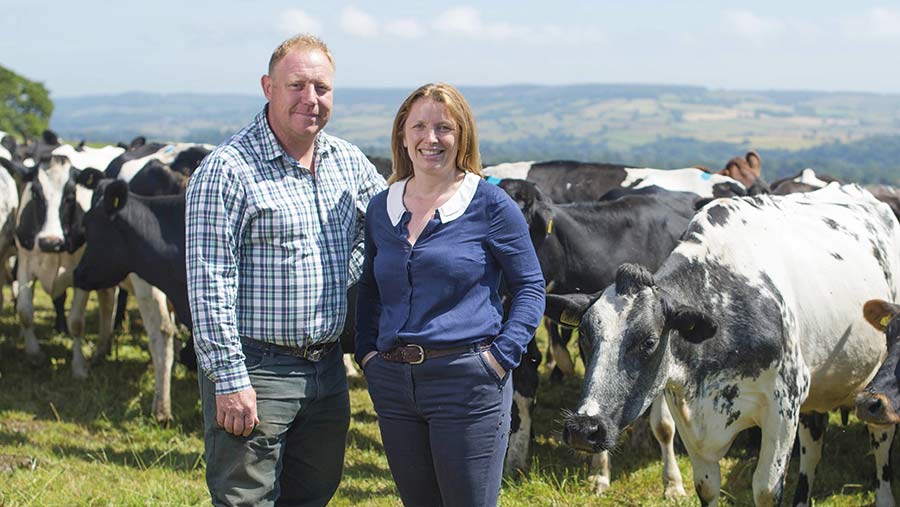 Award-winning farmer Di Wastenage has been made an MBE in the 2021 New Year Honours for her services to the UK dairy industry.

Mrs Wastenage, who is vice chair of the Royal Association of British Dairy Farmers, is a director of her family’s dairy farming business in Budleigh Salterton, Devon.

See also: Dairy financial KPIs: What they are and when to use them

At the time, they were generating a 10% return on investment by delivering 3,520 litres of milk from forage on start-up costs of just £1,000 a cow and a 15% replacement rate.

The profitable dairy model has been successfully expanded to cover other farms too.

In her role at the RABDF, Mrs Wastenage has helped drive down antibiotic usage among dairy farmers by setting some ambitious targets for the sector.

She is also a patron of Women in Dairy – showcasing the importance of female roles in farming and opportunities for women in the agricultural industry.

As a council member of Duchy and Bicton College, Mrs Wastenage has encouraged a number of young entrepreneurs and new entrants into agriculture.

“I am delighted to be awarded the MBE and I am proud to be representing the farming sector both locally and nationally especially during these challenging and dynamic times,” she said.

“Receiving this honour has come as a complete surprise and has ensured this tough year finishes on a very positive note.”

RABDF managing director Matt Knight said Mrs Wastenage had been instrumental in helping to contribute to the ongoing success of the UK dairy sector.

“This is all on top of her day job managing the family farm with her husband,” he said.

Mrs Wastenage is in good company as a Farmers Weekly award winner who has won wider national recognition by receiving an Honour.

Lincolnshire farmer and Forage Aid charity founder Andrew Ward – who was Arable Farmer of the Year in 2008 – received an MBE in the 2014 Queen’s Birthday Honours.