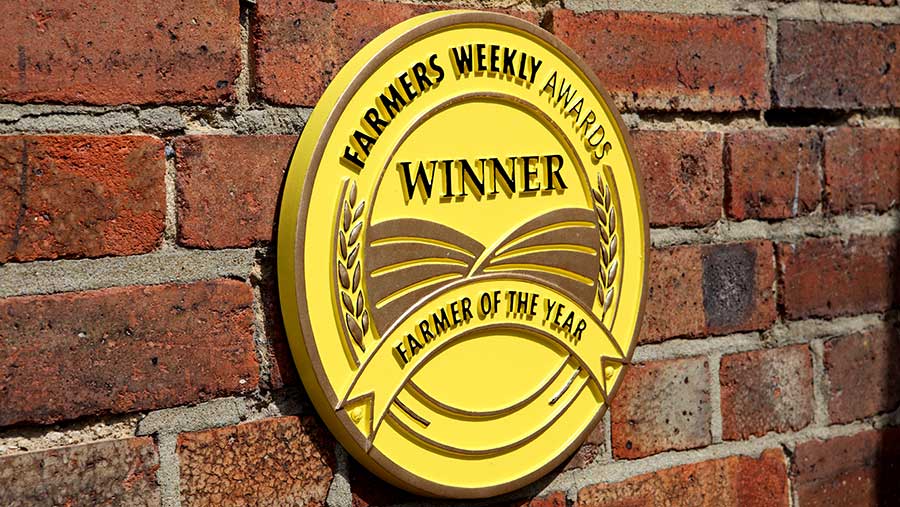 Farmers up and down the country entered this year’s Farmers Weekly Awards for 15 categories covering a range of enterprise types and farming excellence.

We have now whittled down the entries to announce the shortlisted candidates. See who’s in the running for the Oscars of the farming industry below.

You can find out more about the Awards night and book your table at the Award’s ceremony, one of the best evenings out in the farming calendar on the Awards site.

Ag Student of the Year

An interest in science cemented Harper student Helen’s desire to become an agronomist. Keen to learn from other countries, she has visited Canada, Switzerland and Ireland on study tours.

Harper student Josh breeds his own Herefords and runs a stud business. He would one day like to work in the supply chain, with the aim of improving collaboration.

While studying for his BSc at SRUC, Robbie secured finance to take on the family farm. He has a bronze in the Pinnacle Awards for Excellence in Business Management and was 2016 Beef Stockman of the Year.

A focus on benchmarking has seen Mark cut production costs on 1,169ha of arable cropping. This, combined with adding value, is helping the business cope with low prices.

Soil management is at the heart of John’s 1,600ha of organic cropping. Bold changes, made three years ago, are starting to make a difference to pest, weed and disease levels.

Shaun is driving up wheat yields on 730ha of arable cropping, with some fields approaching 13t/ha, by using precision technology to tackle poor performing areas of fields.

Since starting their beef business in 1997, Steve and Jo have been dedicated to maximising efficiency and animal welfare, as their 500-head calf rearing unit demonstrates.

Since taking on this challenging upland farm in 2013, Paul and Dwynwen have expanded their 40-strong suckler herd through investment in housing and a focus on data and technology.

Genetics, high health and grass management are behind this successful suckler herd. Ian has made huge changes to raise productivity and believes that only when you know your baselines can you start to improve.

Russell has transformed his struggling 40ha farm into a one-stop shop for agricultural contracting. He has 150 active clients, plus crop protection and machinery sales divisions.

Drew has been providing a technology-focused service for more than 50 years. He has invested in yield mapping for foragers, GPS for tractors and telematics to manage the team and improve record-keeping.

Robert has managed to overcome the challenges of working on an island by offering payment plans to suit the cashflow needs of his customers; he also runs a purpose-built workshop to keep his fleet in tip-top condition.

A tight spring-calving block is allowing this first-generation tenant farmer to achieve sound financial results from his herd of 147 cross-bred cows.

Outstanding fertility rates and good grassland management is helping this couple achieve 3,721 litres from forage with their autumn-calving herd of three-way crosses currently hitting 7,000 litres at 4.62% fat and 3.38% protein.

Bolstered by the success of their farmgate raw milk sales, Jonny and Dulcie developed a unique product range that boasts the UK’s only raw-milk Brie-style cheese.

Fed up with having no control over milk prices, Simon and Jackie converted a grain shed into a cheese factory and created products for the Scottish cream and soft cheese sector.

The Nicholsons have added value across the working farm enterprises, including one of the biggest adventure playgrounds in northern England, while creating 250 jobs to educate the public about farming.

Working with farmer groups accounts for more than half of Ainsley’s time. He puts an emphasis on animal health and welfare, as well as business planning and expansion.

Encouraging best husbandry practices and monitoring pig performance data are just two of the services offered by Richard. He is also proud of the help he has given new entrants to the sector.

As well as helping clients with subsidy applications, Andrew’s consultancy skills extend to restructuring finances, preparing for succession and dealing with national infrastructure projects such as HS2.

Scott is focused on pushing up yields and cutting costs. On his mixed farm, he looks to premium enterprises such as growing oats and producing milk for a major retailer.

Forward-thinking Chris focuses on cultivation policy, cover crops and the use of livestock as he prepares for likely farm subsidy support cuts across the two big estates he manages in Lincolnshire and Berkshire.

Paul runs a 300-strong organic Jersey herd and supplies milk to four processors. Cow numbers have doubled in the past two years to provide milk for cheese and ice cream, as well as supplying liquid milk and cream to top London stores.

Stephen is a multitalented innovator. He has designed and modified several items of farm kit to improve the efficient and safe running of the farm he has worked on for 37 years.

Gary plays an active role in business planning and financial decision-making on a 450-head milking herd in Dorset, using data to raise levels of productivity and animal welfare.

Conservation and protecting the environment lie at the heart of everything Hugh does. He is a keen problem solver and ensures he stays abreast of technological advancements and techniques.

Mixed Farmer of the Year

Neil takes a scientific approach to breeding quality livestock that finish quickly on forage, and is an active member of his local breed society.

Robert has designed his cereal and cattle enterprises to complement one another and his enthusiastic uptake of new technology focuses on streamlining tasks and cutting costs.

A strong family unit is at the heart of this Norfolk business. A passion for the industry has led to a huge amount of outreach work alongside creating an own-brand range of dairy products.

Responsible for 10% of the UK sow herd, with more than 40,000 outdoor breeding sows and 300,000 growing pigs, Howard puts welfare at the heart of everything he does.

Impressive production figures underpin Stephen and Karen’s herd of 210 pigs. The pair produce pork, bacon, ham and sausages in their own butchery under the Moss Valley brand.

Farmlay eggs has seen tremendous growth in the past decade. The family owned enterprise employs 40 people and markets more than 15m Scottish-produced eggs every month.

Matthew sees outstanding customer service as the cornerstone to his success in taking his company from free-range poultry farm to one of the UK’s largest pullet-rearing operations.

Rebecca’s innovative approach has transformed the family farm into Cornwall’s only British-Lion-approved packhouse, with plans to install an egg pasteurisation plant.

Self-sufficiency in feed protein has been a key development on Dafydd’s 189ha organic farm, where water harvesting, shelterbelt and solar panel initiatives help to underpin sustainability.

Matt’s global experiences of sheep farming and Pip’s shrewd eye for figures delivers a profitable, low-input flock that takes care of itself. The 122ha farm is a showcase for grazing, selecting and shearing sheep.

Specialist Crop Producer of the Year

William and Caroline have successfully diversified their mixed farm to grow lavender, hops and apples. Seizing the initiative in niche markets has seen the business flourish.

James worked in Australia before returning to the family’s 900ha arable business. He has introduced a 500kW anaerobic digester and contract farms a neighbouring 570ha.

Passionate about engineering, Robert owns a 249kW anaerobic digester, which is up and running on a friend’s farm. Nurturing close relationships with others in the farming industry, he also has two larger projects in construction.