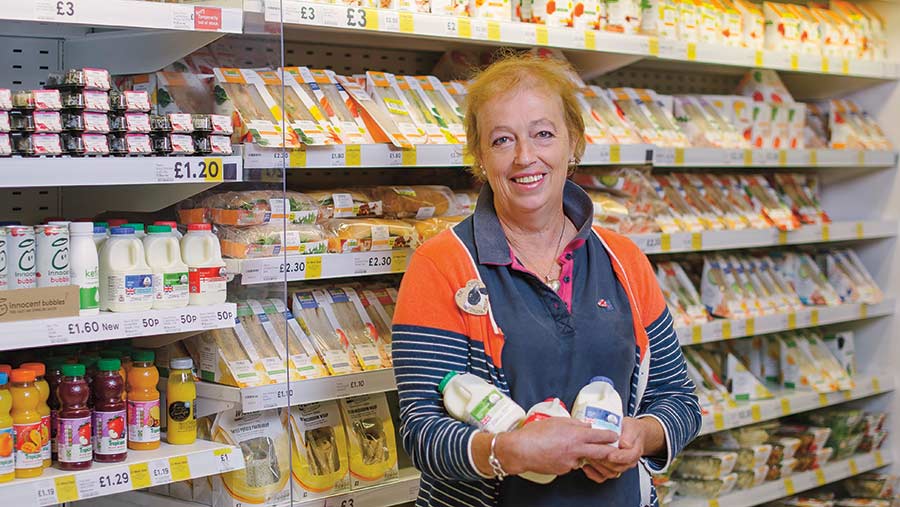 Pester power is a powerful force, according to Sylvia.

The Devon farmer has been on a mission to get supermarkets to display milk in more prominent in-store spots to encourage shoppers to choose it in preference to fizzy and sugary drinks.

Her campaign began with her asking her local Tesco in Launceston to display fresh milk in the “food to go” area at the front of the store next to the sandwiches.

The positive response from customers – and some further encouragement from Sylvia (including updating the chief executive’s office) – led to Tesco trialling the idea in two “concept” stores, Swansea and Scunthorpe, in the summer of 2017. After an amazing response, Tesco decided to trial selling milk outside of the dairy aisle in 60 stores this summer. 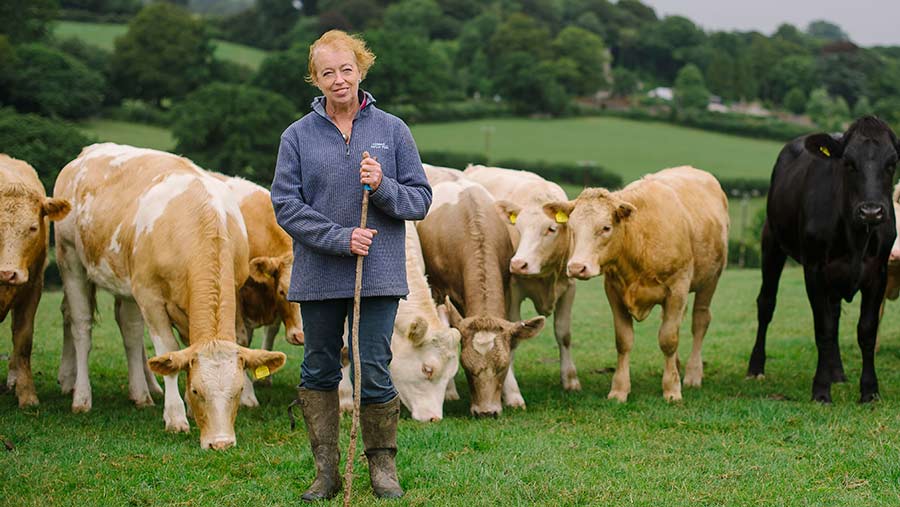 Sylvia’s hard work and commitment has also contributed to Waitrose’s decision to sell milk in the “food to go” section of 60 of its stores since February 2018.

It all began in the spring of February 2016. Milk prices were less than 10p/litre, she recalls, and it was a time of protests, a march on London, lots of talk on social media and conversations about the topic with other farmers’ wives.

“I’m not actually a dairy farmer – we keep suckler cows and sheep – but my husband, Robert, and I were both brought up on small dairy farms and our teenage son works at weekends on one of only two dairy farms left in the village.

“We all need to support each other in farming and you could see the trauma those low prices were causing.

“Milk is healthy and nutritious, so this is good for the customer, good for farmers and ultimately good for supermarkets, as it helps them build more positive relationships with farmers.

“Too many children are having teeth taken out or becoming obese. They need an alternative to fizzy, sugary drinks.

“I’ve tried to be positive and convince people of the benefits, then thank and praise them when they’ve supported me.”

Sylvia’s been on local radio, on Radio 4’s Farming Today, plus featured in articles in the Western Morning News and the national farming press. She has also done a presentation to a big Devon WI gathering. There’s now a Twitter hashtag #milkandsarnies and the local Young Farmers Club even attended carnivals with a #milkandsarnies-themed float.

As well as winning widespread praise from the farming community, she won the title of Farming Champion at the 2017 Devon Farm Business Awards.

“Early on, someone said there was no way I’d be able to do this. But usually when people say that to you, it just makes you grit your teeth and try a bit harder.

“Now I’d like other people to take up the challenge or a bigger organisation to develop the idea from here and carry on pushing it.

“This really does show what pester power can achieve,” she concludes.

“Sylvia Crocker is a fantastic example of what farmers can achieve when they put their minds to something.

“She has been focused, determined and her efforts have made a huge difference to the milk sector and dairy farmers. She’s a credit to our industry and a very deserving winner of this prestigious award.”