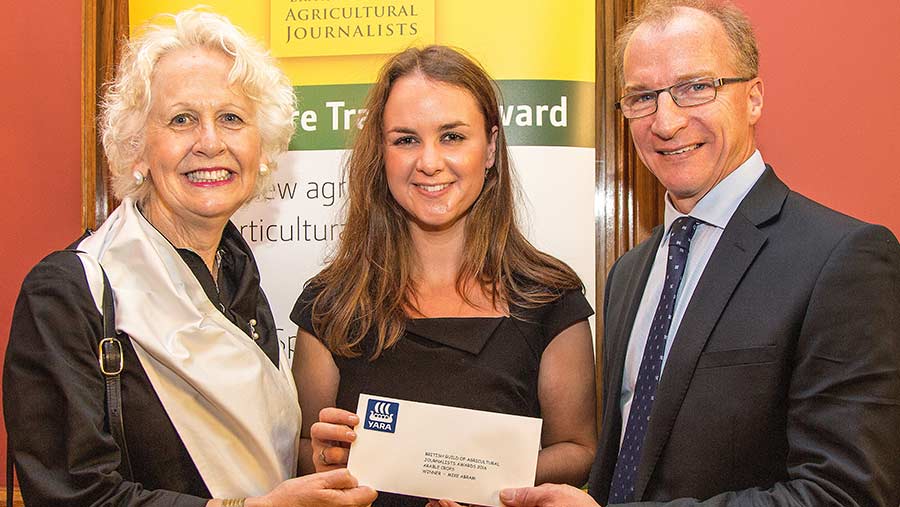 Farmers Weekly enjoyed an impressive number of wins in the annual Yara awards for journalism, with articles published over the past 12 months picking up the prizes in the arable, grassland and environment categories.

Deputy business editor Jez Fredenburgh was honoured for her March article entitled “Tesco under fire over misleading farm brands”, singled out by judges for its originality and broad research.

“The in-store analysis of the foods on display put the issues into context and the structure of the article gave clarity on the situation, prompting the reader to consider their own view of the subject,” they said.

The article explained how one farmer had invested in a fully automated body scoring system from DeLaval, covering the science behind the technology, the benefits in terms of fertility and feed efficiency, and looked at ongoing research into further possible uses.

And in the arable category, Mike Abram took top honours with his article “Technology wizards in Oz vital to success”, published in Farmers Weekly in December 2015.

Judges said the article packed in an extraordinary amount of information about research-led growing of crops without subsidies in Australia. 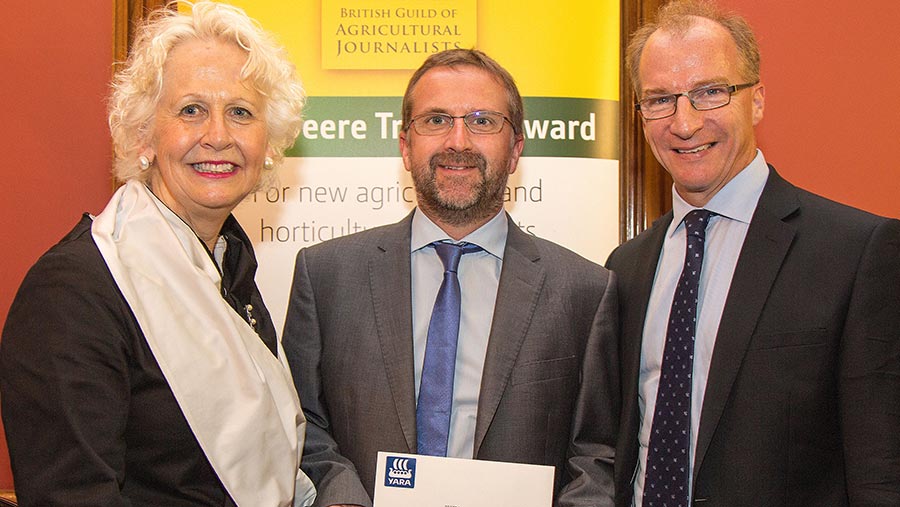 “We learn a lot from this clear, short article, which could generate some new ideas for UK farmers, and opens up the question of what a levy board can do for an advanced arable business.”

Farmers Weekly’s success did not end there, with an article from former news reporter, turned freelancer, Caroline Stocks picking up the Keenan Alltech Innovation Award for her article on an innovative approach to running a dairy business.

The article detailed how the decision to adopt high-tech management systems had made it possible to increase yields, reduce costs and create a profitable enterprise.

Meanwhile, the John Deere training award for the best article by a student attending this annual training course, went to Andrew Meredith, who joins Farmers Weekly on 10 October.

The awards were announced at the annual harvest lunch of the British Guild of Agricultural Journalists in London on 23 September.