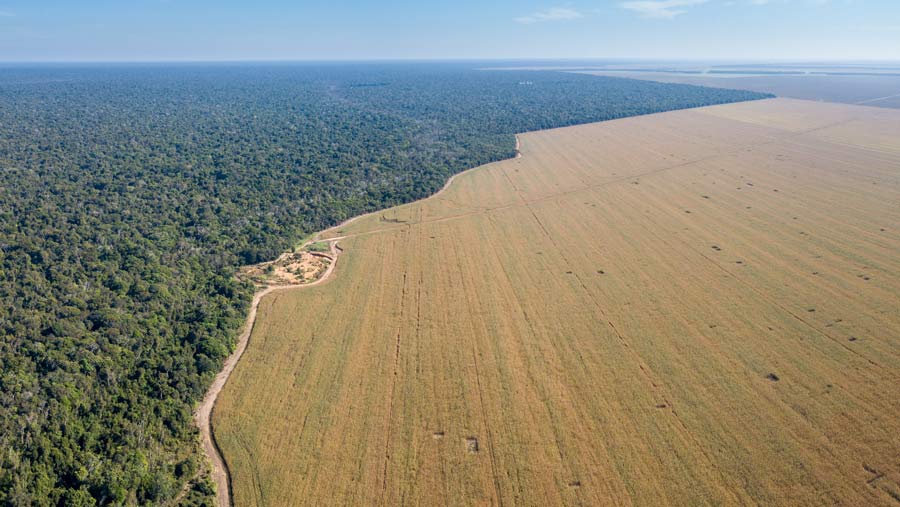 Nearly 40 farming and food groups have warned Brazil they will stop sourcing products from the country if proposed land reforms that could accelerate deforestation are approved.

The Agricultural Industries Confederation (AIC), Red Tractor and the National Pig Association (NPA) are among the groups to sign the open letter to the Brazilian government.

The letter urges legislators to reject a bill that would legalise private occupation of public land.

There is concern that if passed, this would lead to more deforestation in the Amazon, where land is often cleared to grow soya or raise beef, primarily for export.

The letter, also signed by other companies including Tesco, Sainsbury’s and Marks & Spencer, says the “door remains open to work with Brazilian partners on supporting the development of sustainable land management and agriculture”.

But it warns that if the legislation is voted in, “we will have no choice but to reconsider our support and use of the Brazilian agricultural commodity supply chain”.

The signatories say they consider the Amazon “a vital part of the earth system that’s essential to the security of our planet”.

The NPA’s Lizzie Wilson, who represents the pig sector on the UK roundtable on sustainable soya, said: “Soya continues to be an important part of pig diets. But the UK pig sector, and the wider food chain, as this letter so clearly shows, is absolutely determined that the soya we source must be sustainably produced.

“That is why we have put our name to this letter – we hope the Brazilian government is listening.

“The NPA is a member of the UK roundtable on sustainable soya and we will also continue to support and help develop alternative sources of protein for pig diets, particularly where they can be sourced closer to home.”

Results of the vote in the Senate are expected to be revealed later this week.