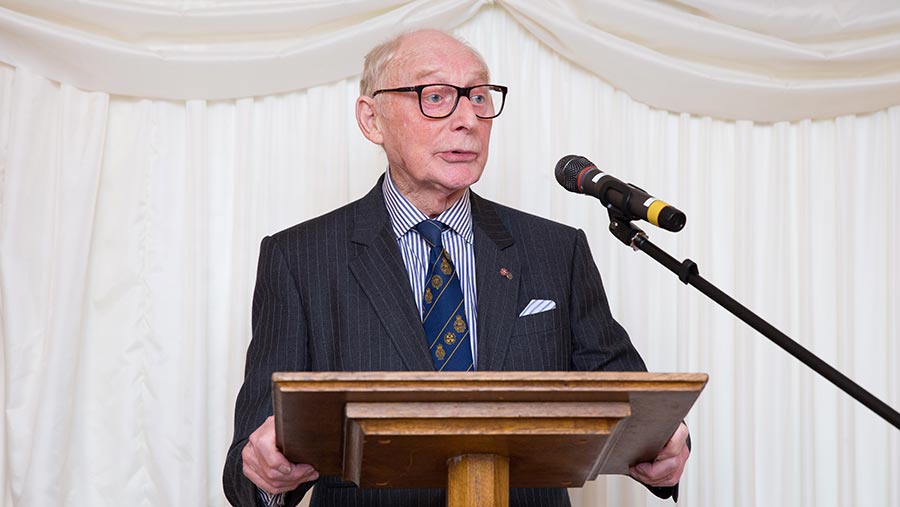 Malcolm Stansfield, a respected and much-liked figure in agriculture, has died aged 86.

The son of a master butcher, Prof Stansfield had a long and distinguished career, including 42 years as part of the University of Reading’s academic team.

He arrived at the Berkshire campus to complete a postgraduate diploma, having studied agriculture at Leeds University. He later become a senior lecturer in Farm Management and director of the university’s farms.

His skills as a communicator, combined with his academic and practical knowledge, were widely recognised.

Chris Reynolds, director of the Centre for Dairy Research at the University of Reading, said Prof Stansfield was “truly unique” as a communicator and would long be remembered for his contributions to education, outreach and farm management.

“He was instrumental in the establishment of the Centre for Dairy Research at Reading, which continues to this day, and shared his enthusiasm and knowledge with generations of students, colleagues and farmers around the world,” Mr Reynolds said. “He will be sadly missed.”

His many roles and achievements included serving as chief agricultural adviser to the Royal Agricultural Society of England and acting as a trustee for the Farm Crisis Network (now the Farming Community Network). In 2003 he was awarded an MBE for his services to agriculture and the community in Reading.

In 2007 Prof Stansfield was awarded a visiting professorship at the Royal Agricultural University. RAU vice-chancellor Jo Price said: “Malcolm and his wife, Berenice, regularly attended events and celebrations at the RAU and his wonderful sense of humour and boundless optimism will be very much missed.”

He also played a key part in founding the International Farm Management Association (IFMA), was elected its president in 1991, and later became a patron of the organisation.

He served 18 years as the honorary secretary of the English Panel of the Council for Awards of Royal Agricultural Societies.

The author of many management and husbandry papers, he lectured widely and presented a series of agricultural videos which were used in teaching establishments around the country.