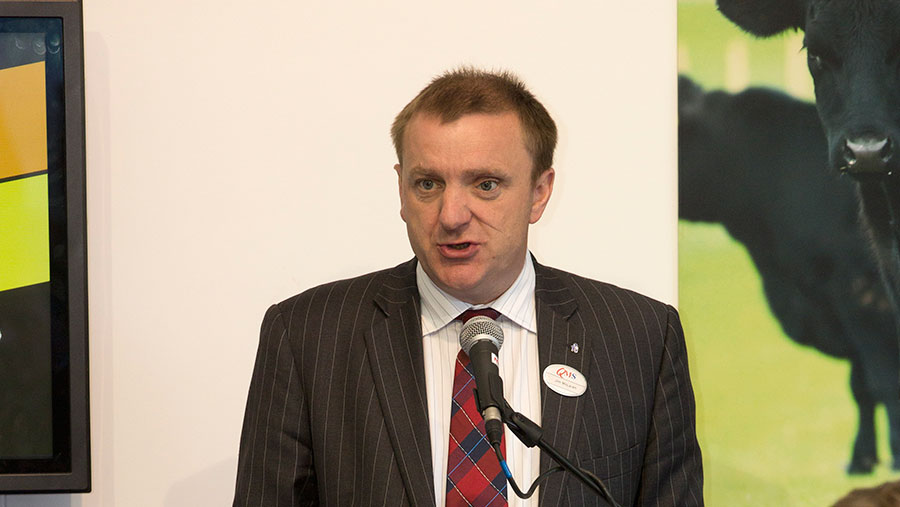 Several members of the food and farming industry have been awarded for their services in the Queen’s Birthday Honours list.

Quality Meat Scotland (QMS) chairman Jim McLaren, who farms in Perthshire, was awarded an MBE for his services to the farming industry in Scotland.

Mr McLaren, 49, who is married to Shona and has two sons, two daughters and two stepdaughters, has been chairman of QMS since he served as NFU Scotland president from 2007 to 2011.

He is a director of NFU Mutual and a director of Angus Cereals. He has also served on the board of SRUC (Scotland’s Rural College) and is a trustee of the Cameron Trust. He is also a fellow of the Royal Agricultural Societies.

Along with working in his various industry roles and running his farming business, Mr McLaren also makes time to support the work of charities, such as the Royal Highland Education Trust.

He regularly welcomes local schoolchildren to his farm, Dargill, near Crieff, to gain a better understanding of where their food comes from.

More recently, Mr McLaren led on a project to create a memorial that pays tribute to the work of the Land Girls, who helped feed the nation by working on farms during the Second World War.

“It has been a huge privilege for me to have worked in, and for, the Scottish agricultural industry in the various roles I have undertaken to date,” said Mr McLaren.

“I am immensely proud of our industry and particularly of the people, the length and breadth of our country, who dedicate their lives to producing safe, nutritious food in a way that enriches Scotland’s environment.

“It is the passion, dedication and innovation of those who work in our industry that has resulted in Scotland’s larder – and brands such as Scotch Beef PGI, Scotch Lamb PGI and Specially Selected Pork – earning a global reputation for quality.”

William James Campbell, from County Down, was awarded an OBE for services to agriculture.

Sally Jane Hyman, chair of trustees for the RSPCA’s Llys Nini branch, was awarded an MBE for commitments to animal welfare and the environment.

Other recipients of OBEs included Professor Elizabeth Green, from Warwick University, for services to health and welfare of farmed livestock; Catherine McCallum, of Defra, for her services to government and the community, and Professor Michael Appleby, chief scientific adviser for World Animal Protection, for his services to animal welfare.