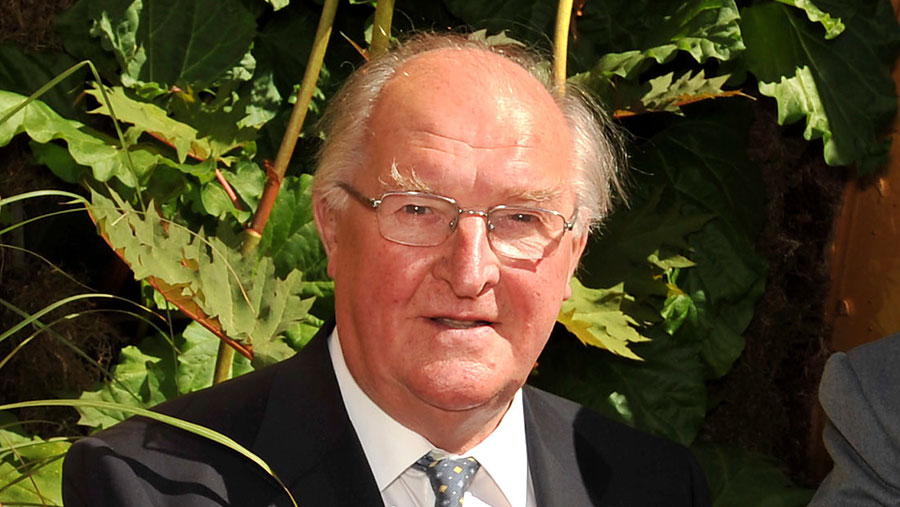 Agricultural peer Henry Plumb has used his farewell speech in the House of Lords to remind politicians of the importance of farming.

Lord Plumb delivered his valedictory speech to parliament on Thursday (2 November) following a career spanning 78 years in agriculture and politics.

He said: “It is good for us to know where our food comes from, who produces it and how and where it might come from if we do not produce it here.”

With a food trade gap of over £22bn, the UK needed to increase production, said Lord Plumb.

Brexit brought many challenges and it was not obvious all the countries which were supposed to be queuing up to do a deal with the UK were motivated by sentiment.

“The US, Canada, China, Australia, New Zealand, Brazil and the like all have their own interests,” Lord Plumb told listeners.

Many politicians had failed to take on board that agricultural support post-Brexit was not something over which the UK would have an entirely free hand.

Whatever the UK chose to do after the UK left the EU must fall within the framework of rules set by the World Trade Organization, said Lord Plumb.

“We have to admit that it is difficult to imagine precisely what the world, the EU and the UK will look like on the other side of our withdrawal.

“At the end of what we hope will be a successful negotiation, we will pass across the yet-to-be-designed bridge of an implementation stage.”

Born in 1925, Lord Plumb has one of the most impressive CVs in British and European agricultural politics.

He served as president of the National Federation of Young Farmers from 1960-70 and NFU president from 1970-79 before being elected as an MEP for the Cotswolds.

He went on to become president of the European Parliament – the only Briton to hold the post.

Looking again at the UK’s future relationship with the EU, Lord Plumb said it would be for another generation to determine whether it would diverge or converge.

“My instinct tells me the future generations in Britain and Europe will favour a reconvergence,” he added.

“I am sure that agriculture will provide many of them with many opportunities to do just that and still be proud to be British,” he said.