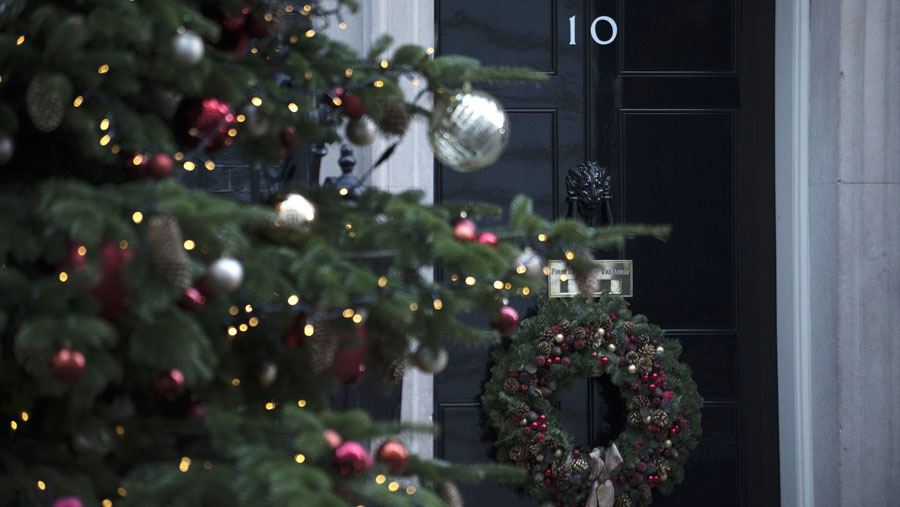 Launched in 2000, the Red Tractor logo sought to highlight the quality of British produce following a number of food scares during the 1990s.

Today, the Red Tractor logo appears on more than £14bn of food annually.

Mr Clarke, who retired earlier in 2017 as chief executive of Red Tractor Assurance, spent 19 years building the scheme from scratch.

Mr Clarke said: “Anything I have achieved was only possible with the help and support of the team and a wide range of colleagues across the industry.

“I am grateful to the many friends I worked with through the journey.”

A plant geneticist, Dr Barsby received the accolade in recognition of her services to agricultural science and biotechnology.

Under her leadership since 2008, Niab has become the UK’s fastest growing crop science organisation.

Dr Barsby said: “This award is a great honour for me and a tribute to all the colleagues I’ve worked with across the industry over the years.

“Every day I’m inspired by the work being carried out at Niab and the essential contribution we are making to help our industry fulfil its potential in food production.”

Mr Knight, 84, received the award for his services to agricultural engineering and charitable fundraising.

A vintage farm machinery enthusiast, Mr Knight is also an agricultural historian with a special interest in old harvesters.

He has owned a number of old steam engines and frequently demonstrates machinery at working weekends during the summer months.