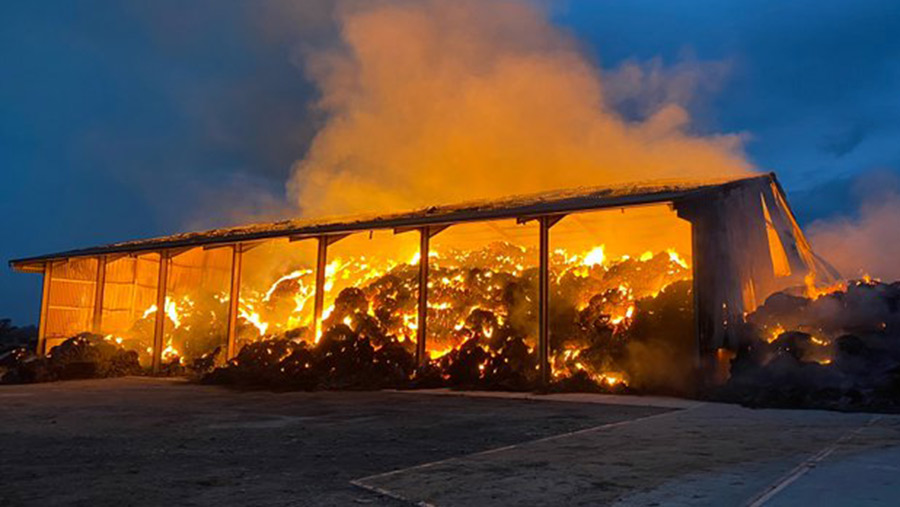 Firefighters had to work through the night to tackle a major farm blaze that ripped through a barn, destroying more than 8,000 bales.

In total, 23 fire engines from Cheshire and Greater Manchester, including relief crews, were needed to tackle the fire, which broke out shortly before 1pm on Tuesday (22 September) on Marthall Lane, Marthall, near Knutsford.

On arrival, the crews discovered a steel-framed barn, measuring about 40x28m with a large quantity of hale bales stacked from ground to the roof, was well alight.

A farmer helped by using farm machinery to move hay bales. A clear fire break was established between barns and firefighters set up a water supply to get enough water to the area.

They used a main jet to deal with the fire from a safe distance, while other buildings were protected with cooling jets.

A high-volume pump was set up to deal with the fire more effectively and a temporary road closure was put in place in both directions of Marthall Lane. Motorists were advised to avoid the area.

Firefighters used pumps to create a “water curtain” to stop the fire from spreading to other barns and to prevent them from sustaining heat damage from the flames.

Due to the extent of the fire and because it was contained to the barn, firefighters with the support of the Environment Agency, decided to allow the affected hay to burn off.

A fire investigator will look into the cause of the fire in due course.