An Essex farmer has called for a change in legislation after being taken to court when he tried to clear up dozens of old fridges that had been illegally dumped in his field.

John Hatton, of Slough House Farm, West Hanningfield, near Chelmsford, said his land was frequently targeted by fly-tippers – and he wanted to clear up the mess.

The issue came to a head after he organised the collection of 30 old fridges that had been illegally dumped in one of his fields last year.

Mr Hatton moved the fridges to the side of the field after arranging for them to be taken away by an authorised waste collector. 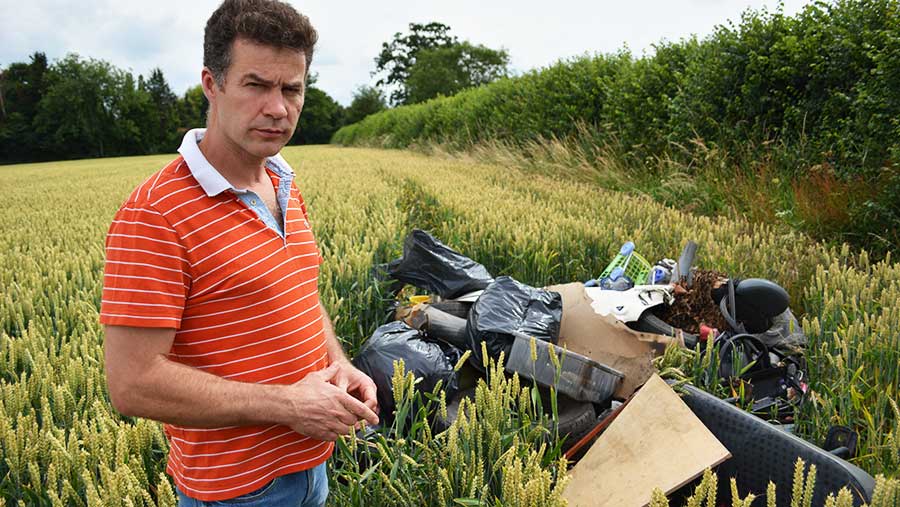 But he was spotted by a passer-by who reported him to the local council for fly-tipping – despite his assertion that he was tidying up somebody else’s rubbish.

In a bid to pre-empt any trouble, the following day Mr Hatton says he called Chelmsford City Council to explain what he was doing.

Although the council took the fridges away, it then prosecuted Mr Hatton on two charges relating to the unauthorised moving and handling of contaminated waste without a licence.

Mr Hatton appeared before Colchester Magistrates Court on Thursday (6 July), where one charge was dropped and the other dismissed by the magistrate.

Speaking afterwards to Farmers Weekly, he said: “The whole situation is ridiculous – but the truth is that I should never have been taken to court in the first place.”

Currently, the law states that the cost of disposing of fly-tipped rubbish should be borne by the person on whose land it has been dumped.

But Mr Hatton said: “As a victim, the legislation should be on my side and the council should have been more supportive of my plight.

“We have been the victims of fly-tipping for 10 years or more – it costs us a lot of money to clear it away and it is about time the legislation was changed.”

A request for comment from Chelmsford City Council met with no response.