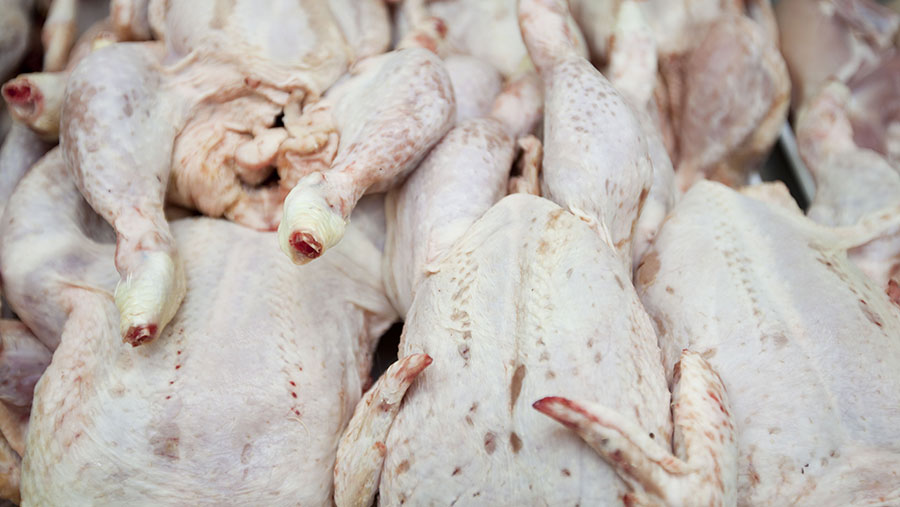 Food assurance chiefs have been told they are culpable for low standards exposed at a chicken-processing plant operated by the 2 Sisters Food Group.

They were followed in the afternoon by Food Standards Agency (FSA) chief executive Jason Feeney, who was also among those summoned by MPs to give evidence.

The inquiry by MPs follows undercover filming by The Guardian and ITV News which appeared to show serious food safety breaches at the 2 Sisters plant at West Bromwich.

Video footage obtained over a 12-day period showed workers returning chicken to the 2 Sisters production line after it had been dropped on the floor at the factory.

Further footage appeared to show slaughter dates being changed on batches of chicken.

During the day-long evidence session at Westminster, Efra committee chairman Neil Parish said the breaches were a serious food health issue for consumers and the supply chain.

As such, they were potentially worse than the 2013 food fraud scandal which saw horsemeat substituted for beef across a range of UK ready meals, he warned.

Mr Parish, who is the MP for Tiverton and Honition, Devon, said: “This should not have happened and all of you are culpable one way or another.”

It was not only 2 Sisters that was at fault, it was the regulatory process too, he added.

Suggesting their intelligence had failed, Mr Parish said: “Food-processing plants need to have that stick as well as carrot to know you are watching them.”

During the morning evidence session, it emerged the 2 Sisters plant was suspended from the Red Tractor assurance scheme for just one week before being reinstated.

Red Tractor inspections at 2 Sisters are carried out by BRC Global Standards on behalf of Assured Food Standards, the company which oversees the Red Tractor quality marque.

BRC Global Standards technical director Mr Brackston defended the decision to reinstate the company into the assurance scheme so soon after the breaches were uncovered.

“We went and assessed the factory, understood what they had learned and put in place since the incident, [including] the extensive retraining of staff,” he said.

Mr Brackston said certification inspectors were unable to find anything at the time of this visit to suggest the issues were still occurring.

“We did a thorough assessment of the [training] process and on that basis we were able to continue the certification with a programme in place to follow that up over the coming weeks.”

But Mr Parish said the MPs had heard very little that reassured them that the situation had improved – or that similar breaches would not occur again.

After repeatedly asking what the assurance organisations were going to do differently to prevent a repeat incident, Mr Parish said he had yet to receive a satisfactory answer.

Appearing frustrated, he asked: “How many times does Rome have to burn down?”

Speaking later during the afternoon session, Mr Parish added: “We heard very little this morning to reassure us that the situation is any better.”

It was “mind-boggling” the FSA had not known anything about what was happening at 2 Sisters until the undercover exposé, he said.

FSA chief executive Mr Feeney responded: “What I said, was we hadn’t received any intelligence in relation to this plant.”

The last inspection on 19 July had resulted in the FSA recommending the factory should improve its procedures but it hadn’t shown up as a high-risk plant, said Mr Feeney.

“We admit they are serious allegations [and] we are establishing whether those allegations are substantiated,” he added.