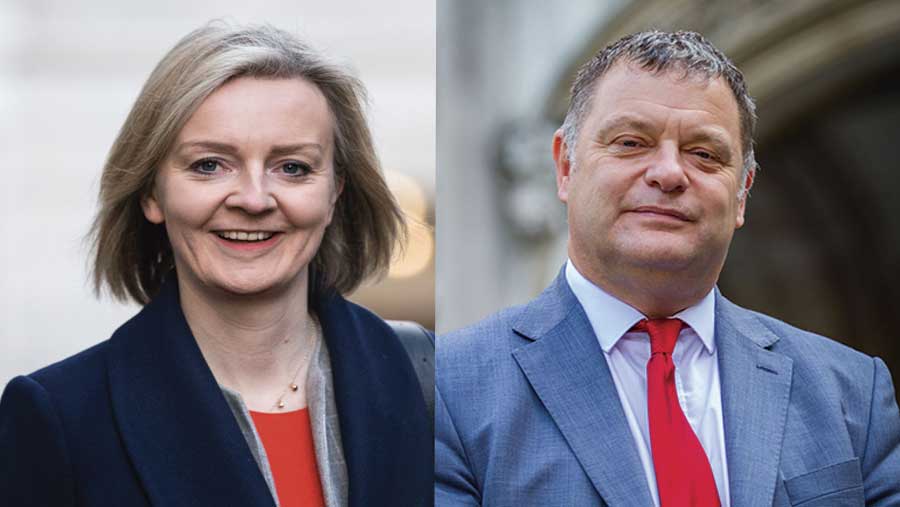 A former Defra secretary has branded a Labour MP a “nimby” for raising a farming constituent’s concerns about fracking in parliament.

Liz Truss accused Runcorn MP Mike Amesbury of “nimbyism” (an acronym for the phrase “not in my back Yard”) after he asked Prime Minister Theresa May to say no to fracking.

During prime minister’s questions, Mr Amesbury described how Weaver Vale constituent and farmer Alison Davies had been repeatedly approached by fracking firm Ineos over requests to conduct a geological survey on her farm.

Ineos has been granted permission by the UK government to explore huge swathes of England for shale gas. It has licences to explore 1 million acres of potential shale gas reserves, including large parts of Cheshire.

Mr Amesbury said: “Agents from the shale gas company Ineos recently posted a pre-named contract to my constituent Alison Davies, asking her to agree to a geological survey on her farm.

“Alison had already rejected this request when she was door-stepped a few days earlier.

“Does the PM know what it feels like to get an unsolicited letter from a group who will not take no for an answer, and will she join the Welsh and Scottish governments by saying no to fracking in England?” 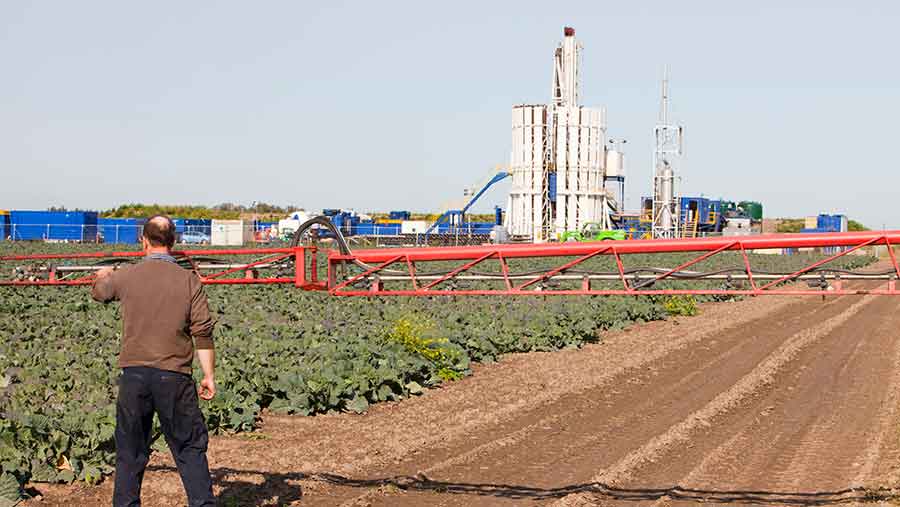 A test drilling site for shale gas near Banks on the outskirts of Southport, Lancashire © Global Warming Images/REX/Shutterstock

Mrs May replied: “Shale gas extraction could be a very important part of ensuring energy security in this country, and I am sure all the honourable gentleman’s constituents and the constituents of others represented in this House will want to ensure the government are doing everything they can to make sure we maintain our energy security and we do not see the lights being turned off.”

According to a 2016 report in the Daily Telegraph, Ms Truss was one of three Cabinet ministers who added their name to a 10-page document that would see unelected planning inspectors given powers to decide if shale gas drilling sites get the go-ahead.

The letter stated that within 10 years, the UK would have a “maturing shale gas industry”.

Mr Amesbury later hit back at Ms Truss’s tweet, saying: “If standing up for my constituents, local farmers and calling for a nationwide ban on fracking makes me a nimby, then I take this as a compliment.”

Ineos tweeted that Mr Amesbury could best support his constituents by supporting shale gas in order to provide a “secure supply of gas to thousands”.

A spokesman for Mr Amesbury said: “Mike has written to Defra secretary Michael Gove asking him to confirm that Ms Truss’s position it is not the position of Defra or the government, and if not, if he can raise it with Ms Truss at an appropriate future cabinet meeting.”

If Mike Amesbury wants to stand up in support of his constituents he might think about the thousands of people that work in manufacturing or live with central heating that depend on a secure supply of gas.

Liz Truss has been a member of parliament for South West Norfolk since 2010.

She also worked in the energy and telecommunications industry for 10 years as a commercial manager and economics director, and is a qualified management accountant.

Farmers will remember her speech about cheese and pork markets to a mixed reception at the 2014 Conservative Party Conference.