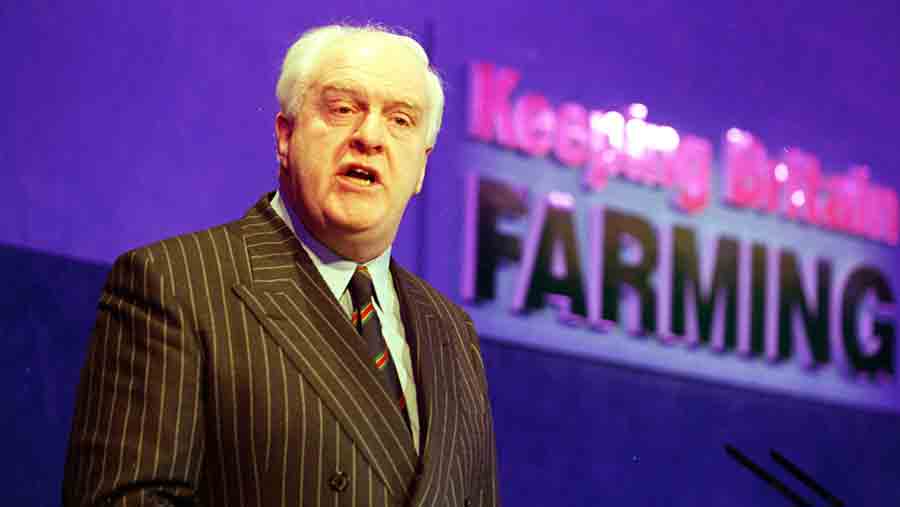 Former NFU president Sir David Naish has died at the age of 78.

Sir David held the NFU’s senior post for seven years from 1991 to 1998. He was also president of the pan-European farmer body Copa, which gained the NFU an influential voice in Brussels.

During his time in the roles he earned huge respect throughout Europe and was renowned for the political skills which he honed during an earlier career in local politics.

Sir David became a regular visitor to the US where stateside farming organisations and American government officials also held him in high regard.

He was appointed a Fellow of the Royal Agricultural Society in 1986 and in 1991 took the office of Deputy Lieutenant of Nottinghamshire, the county where he was born.

In 1994 he was knighted for services to agriculture in the Queen’s Birthday Honours, mid-way through his tenure as NFU president.

“Our thoughts are with Sir David’s family at this time. Sir David was well known and highly respected both nationally and internationally for his knowledge, integrity and commitment to British farming.

“Those who worked with him during his time as NFU president have described him as a very kind and considerate giant in the farming industry, well respected, always credible, with a warm sense of humour who always had time to listen,” Ms Batters said.

“In particular, British farmers owe a debt of gratitude to the leadership Sir David gave to the British farming industry in one of its most challenging eras of the BSE crisis.”

Sir David led from the front and played a crucial role in supporting British farmers while working with officials at the highest levels in government to introduce measures to restore public confidence.

Among those measures was the Over Thirty Months scheme.

Ms Batters pointed out that, although the scheme had been unpopular with some farmers, it played a crucial role in limiting the damage to the British beef industry and was something the industry should be eternally grateful for.

“British farming was better for having him as NFU president and he will be sorely missed,” she said.