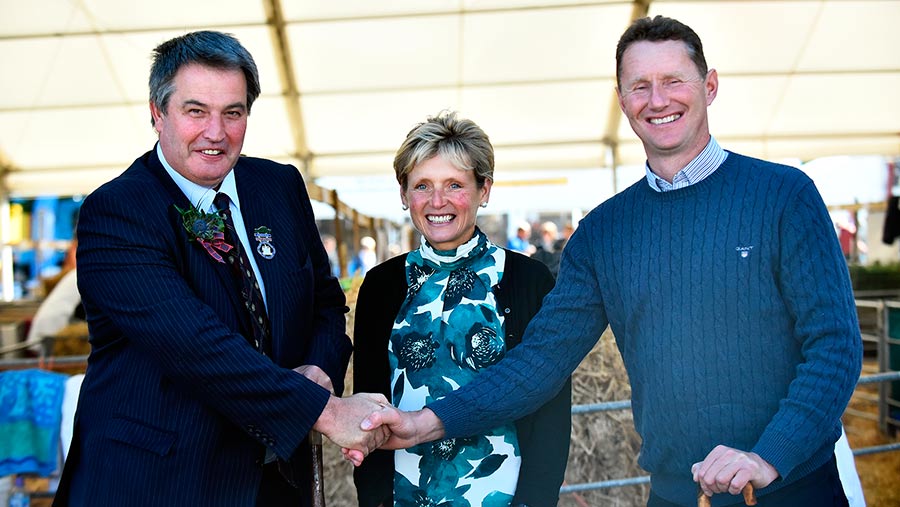 Tributes have been paid to the much-loved and respected sheep breeder John Hamilton, who has died following a farm accident.

Mr Hamilton, who farmed at Aikengall Farm, in Dunbar, East Lothian, was killed when a piece of farm machinery overturned on Sunday afternoon (24 March).

He suffered serious injuries and was pronounced dead at the scene.

See also: The art of managing the Royal Highland Show

Paying tribute, RHASS chief executive Alan Laidlaw said: “As a much-loved character John brought so much to the RHASS team and will be sorely missed by us all. Our thoughts are with his family at this difficult time.”

Mr Hamilton, known as “Joffy” to his friends, was also an active member and former president and honorary president of the Blackface Sheep Breeders’ Association.

David Shedden, the current president of the association, said he was “absolutely shattered” by Mr Hamilton’s death.

“John was a real gentleman and a very, very able farmer,” he told Farmers Weekly. “He had a lot of common sense and he also enjoyed a good joke.

“You could not get a nicer chap. He was so friendly and always prepared to help you.

“When I took over as president, if you wanted advice he would always be the person to ask. John was a very popular person. He will be hugely missed.”

Mr Hamilton kept more than 500 suckler cows, all on grass, and 2,000 sheep in partnership with his wife Vanessa and their three sons, James, Charlie and Harry, at Aikengall Farm.

A Police Scotland spokesman said there were no suspicious circumstances surrounding Mr Hamilton’s death. The Health and Safety Executive has been informed.