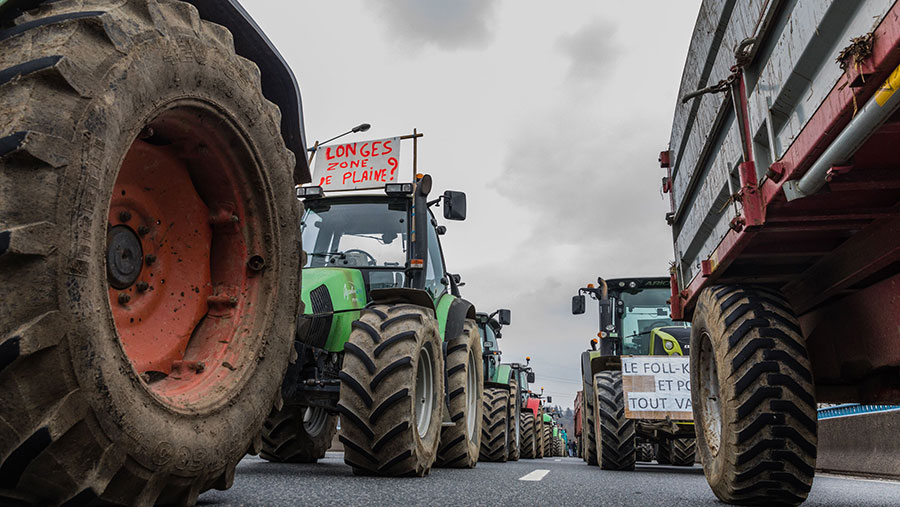 French farmers used tractors to block motorways and other major roads to protest against negotiations between the EU and South American trade bloc Mercosur, and their government’s own plans to slash farm subsidies in disadvantaged areas.

More than 20,000 farmers took to the roads across 90 government districts on Wednesday (21 February), according to France’s biggest farming union, the FNSEA.

If a free trade deal is struck, this would see tariffs removed on EU imports of beef and other agricultural commodities from Mercosur countries.

French farmers say this would put them at a significant disadvantage compared with their South American counterparts, who have significantly lower costs of production than EU countries. 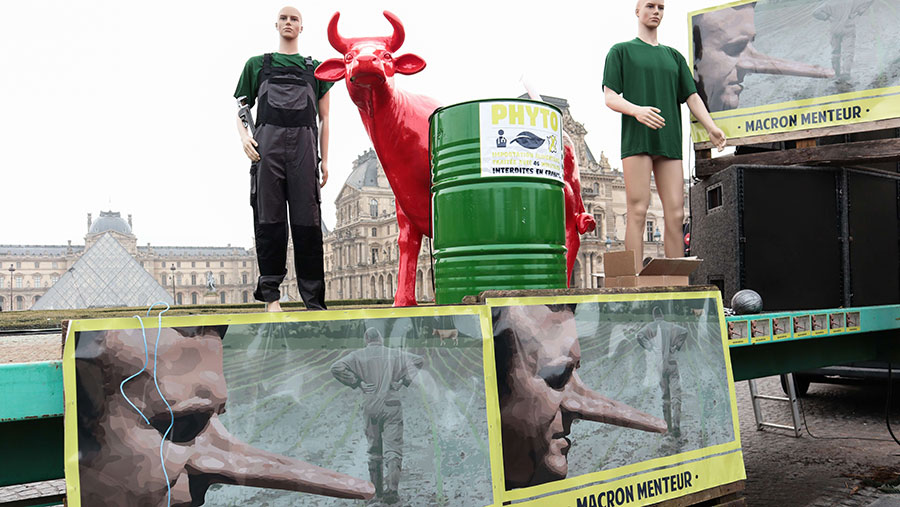 British farmers would be squeezed by an EU/Mercosur free trade deal as this would increase supply in EU  markets with cheap beef, which would depress prices for British beef. However, after Brexit the UK will be free to strike its own trade deals with EU and non-EU countries.

Protestors are also angry that French president Emmanuel Macron is considering to overhaul subsidies for farmers who farm land in “disadvantaged” areas, and introduce more wolves in rural areas.

The FNSEA said in a statement: “Ahead of the opening of the annual Paris International Agriculture Fair, we wanted to raise big concerns with President Macron… that this deal risks closing down the production of beef, sugar, ethanol and poultry.

On Thursday (22 February), president Macron invited around 1,000 young French farmers to the Elysee presidential palace before the annual Paris farm show, in a bid to ease tensions. 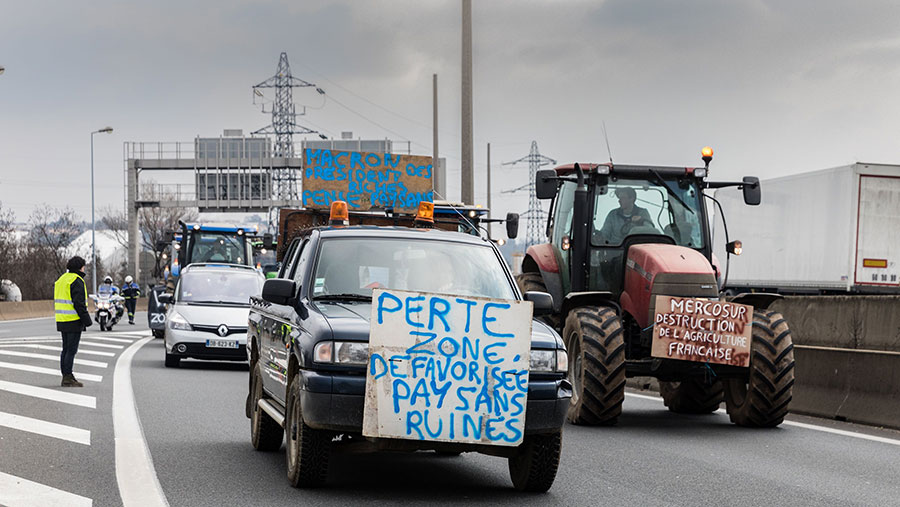 Mr Macron told the young farmers that France would never allow imports of hormone-treated beef – even if Brussels signed a free trade deal with Mercosur. He also promised there would be no reduction in France’s high food standards following this negotiation.

Mr Macron announced a plan to invest €5m (£4.4m) in French agriculture, to help farmers switch to more environmentally friendly farming methods. His target is for 22% of France to be farmed organically by 2022, up from the current rate of 6.5%.

He also announced a crackdown on foreign investors buying up French farmland and the creation of a €1m (£880,000) funding pot for young farmers’ loans.

“I’m constructing the face of French agriculture for future years – that’s all I care about,” Mr Macron told young farmers.

“But we’re going to do it together because we share this responsibility and I know how much this means to you.”