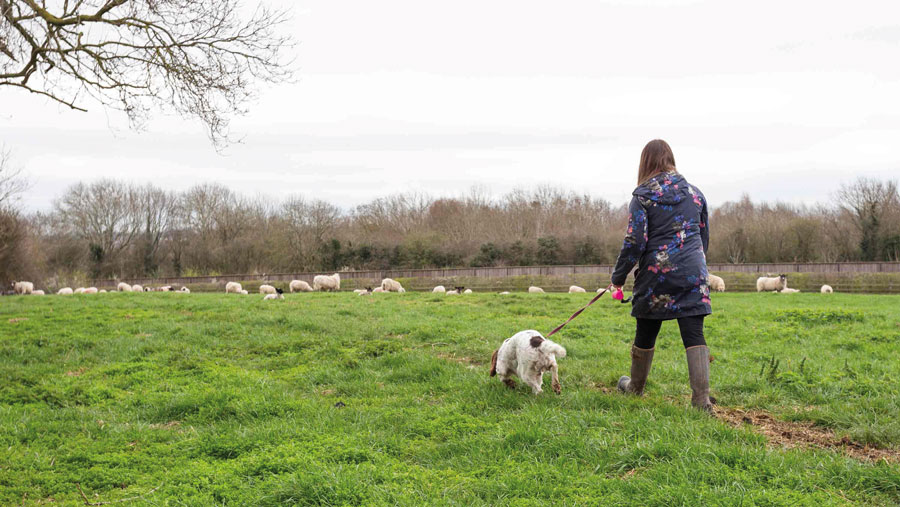 There are fresh calls for dog owners to be required to use leads at all times in the countryside after a spike in attacks over Easter left dozens of sheep dead.

The attacks come amid a massive surge in dog ownership – according to the Country Land and Business Association (CLA), there are 2.2 million more dog owners in the UK than before the pandemic.

Many are visiting the UK countryside for the first time and at the peak of the lambing season, oblivious to the threat out-of-control pets pose to livestock.

The past week alone has seen a number of horrific attacks – 29 lambs died in one incident in Cumbria – and farmers have been left traumatised.

The Countryside Code has been updated and the new advice includes keeping dogs on a short lead around farm animals.

But sheep farmer Steve Gunn said that advice was not heeded in the attack on his sheep in Cumbria, which left lambs mauled and trampled.

“People need to put their dogs on leads, but it’s a bit late for that advice now,” said Mr Gunn, who farms at Leighton House, near Milnthorpe.

In another attack, several sheep died after being attacked by two Alsatian dogs in a field near Ullesthorpe in Leicestershire on Bank Holiday Monday.

The CLA says dog attacks are up 10% compared to last year – it too wants to see dogs on leads.

Its recommendations to dog owners include:

CLA president Mark Bridgeman said a lack of education around the Countryside Code has left a generation without a basic understanding of what is acceptable behaviour for dog owners.

A third of dogs bought during lockdown have never even visited a park, let alone a working farm, said Mr Bridgeman.

“With lockdown restrictions easing up as the crucial lambing season is hitting its peak, we want to help inform the millions of people on how to protect their dog and keep farm animals safe, allowing everyone to enjoy the countryside together,” he said.