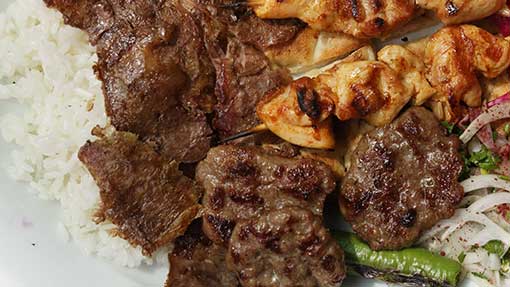 An investigation by the Food Standards Agency has found nearly a third of lamb takeaway meals are actually beef or contain a mix of lamb and other cheaper cuts of meat.

An FSA review of local authority sampling data, from July to December 2013, found that 43 out of 145 samples of lamb takeaway meals contained meat other than lamb.

In response to the findings, the agency said it would be starting a further round of priority testing of lamb takeaway dishes from businesses across the UK.

See more: Lessons still to be learned from horsemeat

“Local authorities are being asked to test 300 samples from takeaway restaurants and report the findings to the FSA. Sampling will start at the beginning of May. The mislabelling of food can result in fines of up to £5,000.”

The concerns identified in the local authority data are also reflected in a survey of lamb dishes from restaurants in Birmingham and London released today by Which?.

The consumer organisation purchased 60 lamb takeaways, 30 curries and 30 minced lamb kebabs, of which a total of 24 were adulterated with beef and chicken.

Andrew Rhodes, chief operating officer at the FSA, said: “Substitution of lamb for cheaper meats in takeaway food, as seen in our own data and the survey released today by Which?, is unacceptable and we are working closely with local authorities to ensure robust action is taken against any businesses misleading their customers.

“Prosecutions have taken place against business owners for mislabelling lamb dishes, but the recurring nature of the problem shows there needs to be a renewed effort to tackle this problem. Clearly the message isn’t getting through to some businesses.”