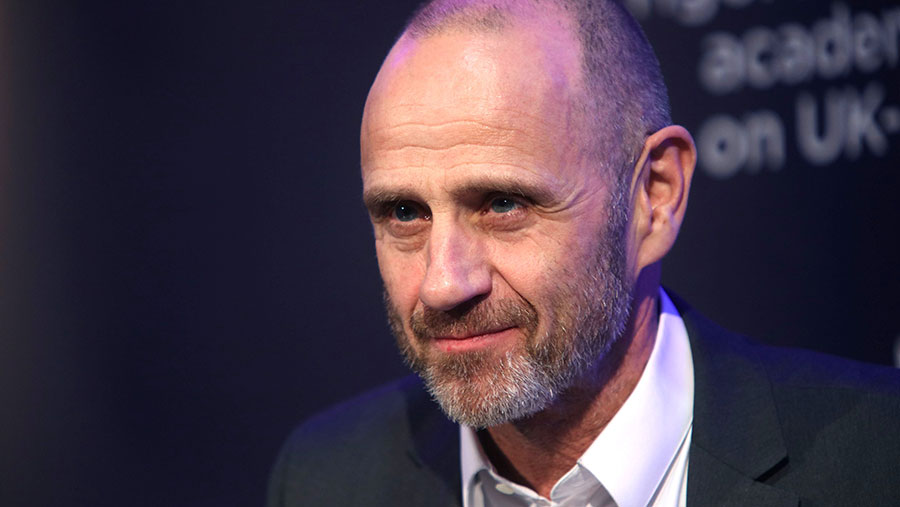 BBC broadcaster Evan Davis has admitted he was wrong after suggesting during a live radio programme that all farm animals are badly treated.

Mr Davis made the suggestion while interviewing NFU president Minette Batters during the BBC PM programme on Thursday (27 June).

See also: Foodie Farms: A celebration of the best of British farm foods

The UK faced a number of challenges related to food and farming, Mr Davis said in a piece looking at the government’s forthcoming national food strategy.

Vegetarianism had been growing in popularity and the conversation around meat had been changing during recent years, he told listeners.

Introducing Ms Batters, he said there was a case for eating less meat when it came to animal welfare, diet, health and the environment.

Ms Batters said the strategy was a food-to-fork approach and consuming meat was a key part of a healthy balanced diet.

“We lead the world in animal welfare standards,” she said.

Mr Davis interjected, saying: “Yes but they are not very good, let’s be honest. You wouldn’t want us to go around showing pictures of what goes on in a farm, would you?”

Ms Batters replied saying: “I absolutely reject that – we have just had Open Farm Sunday where farms right across the country have opened their doors and welcomed everybody in.

“It is desperate actually to say that when I look at the global situation… we are really proud of the standards we have in the UK and you cannot say what you have just done.

“I think it is extremely offensive and untrue.”

Mr Batters also suggested the BBC was showing anti-meat bias in its reporting.

After the interview, Ms Batters vented her anger on Twitter.

She said: ”In 20 years of media interviews I’ve never been more shocked and sickened than by [the Evan Davis] interview with me today.

“Will you please please apologise to Britain’s farmers?

Mr Davis replied: “I acknowledge that my clumsy expression gave the wrong impression that I think all animals are mistreated.

“Fear not, I’ve been to farms and know that’s false. I’d never argue that, any more than you’d say all animals are well-treated.”

The NFU has requested that the BBC broadcasts an apology.