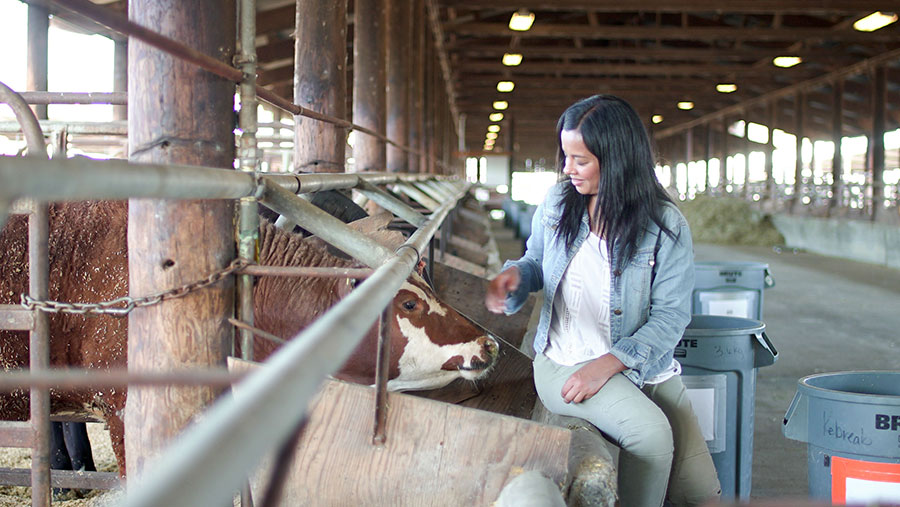 A few months ago, the BBC initiated what it called a Focus on Farming – a week-long series of TV broadcasts, radio debates and online content providing an in-depth look at topical farming issues.

At the time, we praised the initiative, coming as it did after a series of spats between the national broadcaster and the farming community over its handling of things like animal welfare, the use of agrochemicals and the role of livestock in global warming.

Sadly, much of that good work has been undone with the BBC’s latest offering, Meat: A Threat to our Planet?

The hour-long programme did examine some genuinely important issues in terms of the effect global livestock production has on the environment.

It started off on a massive US feedlot, where 50,000 beef cattle were held in pens covering the area of 250 football pitches for six months at a time, with the BBC pointing to the animal welfare issues and effects of methane on the atmosphere.

Presenter Liz Bonnin then went on to inspect intensive pig facilities in North Carolina, “where pigs outnumber people 30 to one”. As well as the methane, the resulting slurry pollution was also contaminating the water supply.

But where the BBC went very, very wrong was in insinuating that the UK is equally culpable.

Next came the Amazon rainforest – “the lungs of the earth” – where an area equivalent to five football pitches is being cleared every minute to make way for cattle ranching.

Some 20% of the forest has gone already, releasing vast amounts of carbon dioxide back into the atmosphere.

The programme also pointed to soya and maize production in the Cerrado region of Brazil, which is affecting insect diversity, and fishmeal production in South Africa, which is hitting penguin numbers.

These concerns should not be dismissed and the BBC should not be criticised for investigating them, especially given the predicted 40% increase in global demand for meat by 2050.

But where the BBC went very, very wrong was in insinuating that the UK is equally culpable.

Repeatedly, Ms Bonnin made references to the UK, noting that “while UK meat farming is not as intensive as in America, it is still the cause of serious pollution incidents on a weekly basis.”

This stated while running footage of algal blooms and dead fish in a river delta that is clearly not in the UK.

She also claimed the UK imports “thousands of tonnes” of Brazilian beef every year – failing to point out that this is just 1% of total imports, with most coming from the Republic of Ireland.

There was a token five minutes at the end on UK farming, based on a small farm in west Wales.

But rather than use this as a means to extol the virtues of British grass-fed meat production – which is incredibly sustainable and a “net positive” for the environment – it used the example to take another swipe at the meat sector.

It’s a great shame. Yes, there are huge challenges around meat production in other parts of the world. But UK grass-based livestock farming is as far removed from US feedlots and Brazilian cattle ranches as it is possible to get.

The programme could have been an excellent advert for the way things are done closer to home, and a reminder of the need to check for provenance. Instead, it sought to denigrate the sector through tenuous association.

There is little doubt that many viewers will have been disgusted by what they saw and will have heeded Ms Bonnin’s message to “eat less meat”. This is presumably what the BBC was hoping for.