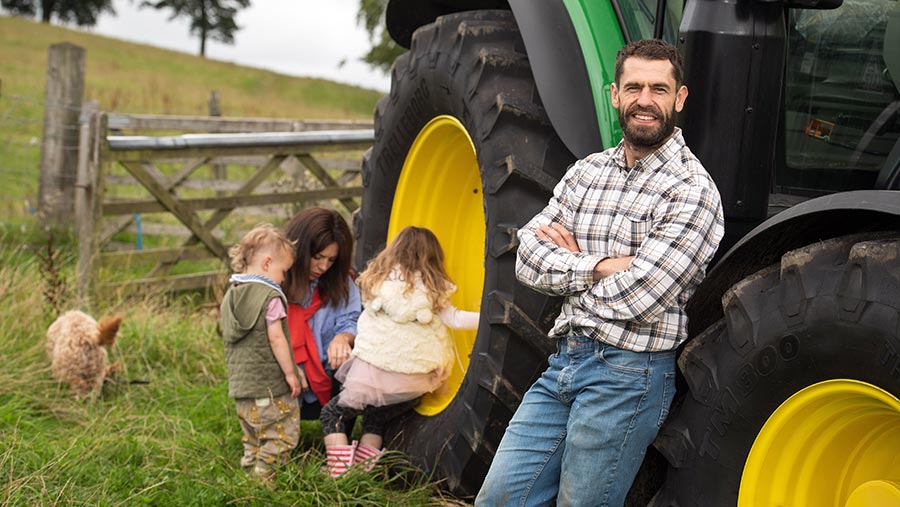 Ignorant of the realities of farming. That was the essence of Jeremy Clarkson’s reaction to recent news that he’d not received planning permission for the on-farm restaurant he said the business needed to mitigate the impending loss of subsidies.

It was the same charge that was initially levelled at him when people heard he was going to do an agricultural TV show, yet it became so successful it spawned a host of replicas.

The tweed-wearing provocateur managed to win over viewers by underpinning his thick, clotted gaffes and jammy ignorance about day-to-day farm management with a solid scone of respect for the trade and its people.

So on Monday you may have tuned into BBC1 with high hopes that Strictly Come Dancing winner and former soap star Kelvin Fletcher was about to follow in Clarkson’s ruts and give farming’s reputation another boost with Kelvin’s Big Farming Adventure.

At first glance it wasn’t pretty.

I could feel scores of eyes rolling across the countryside when a hefty, brand-new tractor rolled onto the 49ha livestock farm to do a bit of harrowing.

But, as with Clarkson, many minor missteps can be overlooked once it is remembered that we’re not the intended audience and that UK farming is once again getting a sympathetic hearing on primetime television.

Our customers currently have an insatiable appetite for tales of the trials of producing food, and each is another reminder that farming is not the picture-book life detailed in children’s stories.

Consumers don’t owe us a living just for producing food here – we need to give them an emotional or financial reason to pick up British produce instead of something imported.

More power to Kelvin and every other TV farmer putting themselves out there – they’re doing us all a favour by building up brand loyalty at a time when others are trying to pull us down.

For those of you without a former acting career to help pay some of the bills, earning more from agriculture is likely to be high on your agenda for 2022.

It is the business of Farmers Weekly every week to try to help keep a pound in your pocket or earn one more, but in our third Transition update this week we have a special focus on productivity.

Our industry has already made so many strides to improve output and efficiency, which makes any further gains increasingly difficult, as Prof Michael Lee says in his interview.

To offset impending subsidy losses, what remains is either radical change (a joint venture perhaps, or a Clarkson-esque diversification) or marginal gains (an improvement in nitrogen use efficiency will be high on the agenda for many this year).

A panel of experts will be joining me to discuss all of this in the third Transition Summit webinar next week. You can sign up or register for the webinar for free.

Upgrading kit doesn’t always mean handing over cash to a machinery manufacturer – plenty of you have invented your own implements and gadgets in the workshop that are just as good or better.

Interested in showcasing what you’ve made? There’s just one week left to be in with bagging a share of the £2,550 prize pot.

All levels of complexity are welcome – see more information on how to enter.